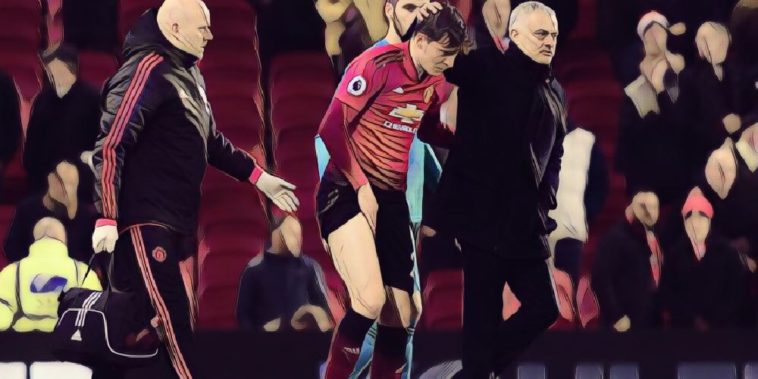 Jose Mourinho has said he is unsure on the state of his squad for this weeks huge game with Arsenal.

Manchester United have been hit by an injury crisis in recent days, with Chris Smalling and Eric Bailly joining Victor Lindelof on the list of absentees for today’s 2-2 draw with Southampton.

United lined up with midfielders Scott McTominay and Nemanja Matic alongside Phil Jones in what was a reshuffled defence, despite Marcos Rojo being on the bench, and when asked by BT Sport who will be available for the game against Arsenal on Wednesday, Mourinho replied: “I don’t know.

“If Chris Smalling and Eric Bailly are ready – if they are ready to train tomorrow it wouldn’t be a surprise.”

Former Arsenal star Sanchez has been ruled out for ‘a long time’ after picking up a serious hamstring injury in training on Thursday, while Lindelof did his hammy during last weekends 0-0 draw with Crystal Palace.

There are also doubts over Luke Shaw, who was withdrawn during today’s game, and with Ashley Young suspended, the Red Devils could have a problem at left-back.