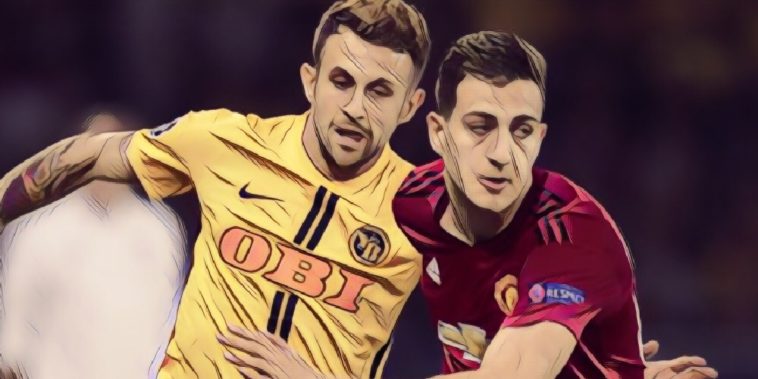 Dalot was an unexpected arrival at Manchester United this summer, with very little being known about the Portugal U21 international who only made a handful of appearances for Porto.

However, fans were able to get a glimpse of their new right-back last night as he made his debut for the club as Antonio Valencia was left in Manchester due to concerns about previous knee injuries on the Young Boys’ plastic pitch.

Despite Matteo Darmian and Ashley Young making the trip to Switzerland, Mourinho decided to give the 19-year-old his first outing in the first team, and he clearly impressed the boss, who was effusive in his praise of the youngster:

“It [Dalot performance] was a very good, solid performance after knee surgery. Everyone can see the potential and everyone could see he’s a 19-year-old player who has more than 10 years to play for Manchester United,” Mourinho said in his post match press conference.

“I want to be also nice to Luke [Shaw], because both played at the same level. They played very well. Our danger came from both. They had fantastic movement, they had depth, they had crosses, assists and were involved in the most dangerous actions. They defended well, too.

“We knew we had to win this match, we knew it was very important for us to go into the next three matches with Valencia and Juventus twice with these three points and we did that.”