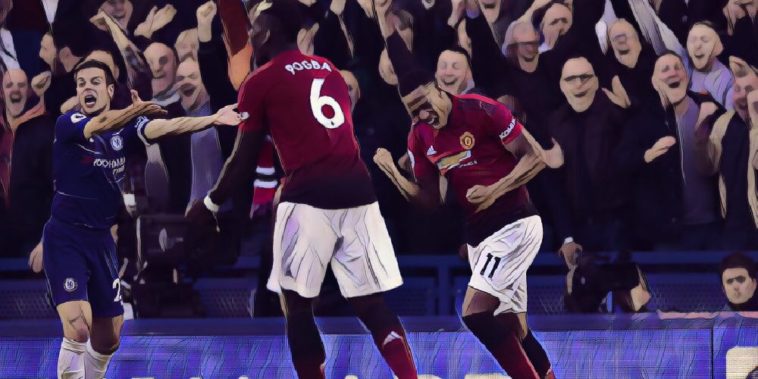 Jose Mourinho has praised Anthony Martial after the Frenchman scored a brace for Manchester United to earn a hard-fought point in a 2-2 draw with Chelsea this afternoon.

Chelsea had taken a first-half lead thanks to an Antonio Rudiger header, but Manchester United managed to turn it around in the second half thanks to an Anthony Martial brace.

His first goal was a sensational control and half-volley from seven yards out, while the second goal which gave United the lead was a trademark finish for the 22-year-old, cutting onto his right foot and curling the ball into the far corner from the left side of the penalty area.

Ross Barkley would go on to salvage a point for the hosts with a 96th-minute equaliser to maintain the Blues’ unbeaten start to the season, but speaking after the match, United manager Jose Mourinho described Martial as a ‘huge talent’ and has said that he is improving.

“Anthony Martial is improving, he is doing different things than before,” Mourinho told Sky Sports.

“He is a more complete player than before but he needs to improve. He has a huge talent and he wants it, which is a good thing. The team as a team was really good.”

Martial’s brace against Chelsea is his third goal in two games after he scored one in United’s sensational 3-2 comeback against Newcastle before the recent international break.