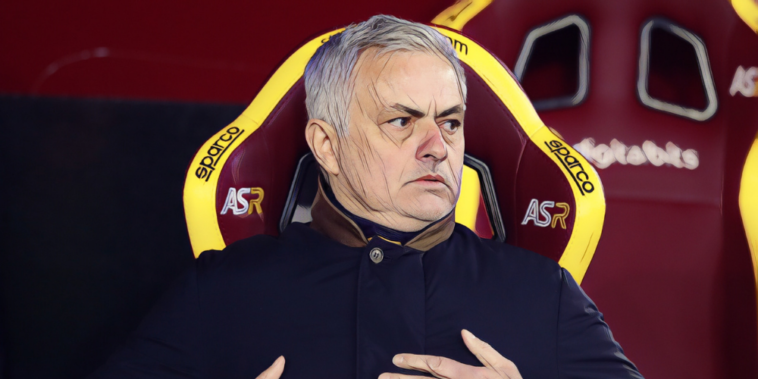 Jose Mourinho will not leave Roma to become Everton’s next manager and is focused on his current role with the Serie A side.

Mourinho has been named as a potential candidate for the Everton job following the decision to sack Rafael Benitez on Sunday, with the former Manchester United and Chelsea coach believed to be on a shortlist of names for the vacant position.

The two-time Champions League winner is believed to have support amongst the Toffees’ hierarchy, but Fabrizio Romano has confirmed that Mourinho is not interested in the position and remains committed to Roma.

The 58-year-old was named as head coach of the Italian side last summer, having been dismissed from his position in charge of Tottenham.

José Mourinho will not leave AS Roma during the season. He’s definitely staying and planning for Roma future – Everton job not in his plans as things stand. 🔵❌ #EFC pic.twitter.com/CWNEY9f7Ec

Roma are currently seventh in Serie A, seven points adrift of the Champions League places following an indifferent start to the season under Mourinho.

The other names in the frame for the Everton role include Wayne Rooney and Frank Lampard, with the former England teammates expected to be interviewed for the position.

Rooney has won admirers for his work at Derby County this season, guiding the Championship side off the bottom of the division and within eight points of safety despite a 21-point deduction for entering administration and historical financial breaches.

Lampard – who has been without a club since being sacked by Chelsea in January 2021 – is also under consideration.