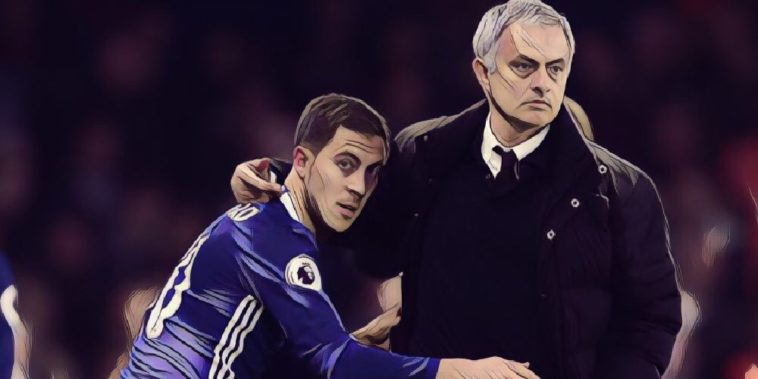 Mourinho’s position at Old Trafford has been the subject of intense speculation in recent months and although his spell as Real boss ended in acrimonious circumstances he remains popular with Los Blancos President Florentino Perez.

Hazard recently admitted that he still dreams of playing in the Spanish capital and also that he would like to work with Mourinho again, after the pair won the Premier League with Chelsea in the 2014/2015.

Current Real boss Julen Lopetegui is already coming under intense pressure after just a few months in charge of the European Champions, leading Custis to speculate that Mourinho could take over the reigns at the Bernabeu where he would then be joined by Hazard next summer.

“It’s interesting how this is playing out, he’s saying he’d like to play under Jose again, there’s going to be a vacancy at Real Madrid very soon, if Manchester United don’t pick up there could be a vacancy there, and the president at Real and Jose are very close,” Custis told Sky Sport’s Sunday Supplement.

“There was no animosity when he left, he wanted him to stay. It was Mourinho who chose to go, so you could see that all playing out, Mourinho going back to Madrid and Hazard joining him.”