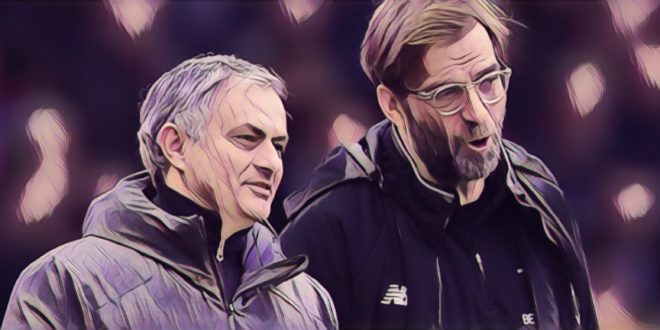 Mourinho: Everybody is happy to see Klopp sign new contract with Liverpool

Jose Mourinho has welcomed Jurgen Klopp’s decision to sign a new contract at Liverpool, insisting the deal is good news for the Premier League to retain ‘one of the best’ managers in world football.

The Liverpool boss has put pen to paper on a contract extension that ties him to Anfield until 2024, the German re-committing his future to the league leaders following four hugely successful years on Merseyside.

Premier League managers have been reacting to the news, with Tottenham boss Mourinho admitting it is a welcome boost for both Liverpool and the rest of the division.

Speaking at his pre-match press conference ahead of this weekend’s meeting with Wolves, Mourinho said:

“But obviously I think great news for the Liverpool fans because they love him, for the players, because it looks clear that they like each other and the relation is very good.

“And it’s good news for the Premier League because we want to have the best players, the best coaches and he’s one of the best.”

Spurs travel to Molyneux on Sunday to face Wolves, looking to continue their push towards the Champions League places. The club currently sit seventh in the division, one place and one point behind this weekend’s opponents.