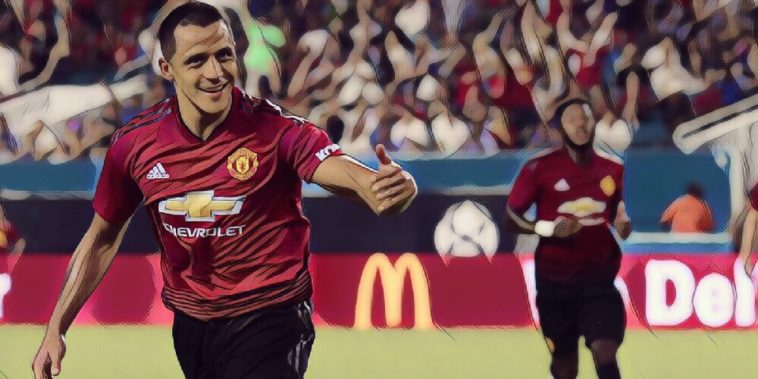 In a complete change of character, Manchester United boss Jose Mourinho has finally had something positive to say about on if his players, and in particular, Alexis Sanchez.

Chile international Sanchez arrived at Old Trafford to much fanfare last January. However the 29-year-old, who is on a reported £500,000 per week, looked a shadow of the player that had previously been so impressive for Arsenal.

However, Sanchez has looked sharp during United’s pre-season tour of America, with Mourinho praising the physical condition of the talented attacker and also his team-mates ahead of their Premier League opener against Leicester City on August 9.

“My players will be in amazing condition,” Mourinho told reporters after his side beat Real Madrid in Miami.

“Alexis Sanchez is fresh, the way the man is running, I think he is in a fantastic condition.

“So let’s look at it from a positive side and wait for [Victor] Lindelof, [Marcus] Rashford, [Romelu] Lukaku and [Phil] Jones.”

Mourinho confirmed that Rashford, Lukaku and Jones had agreed to cut short their holidays following their World Cup exertions.