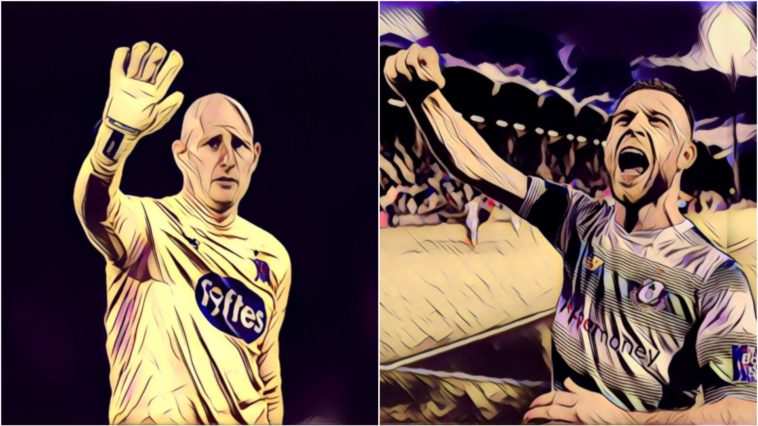 In another massive week for the SSE Airtricity League in Europe, we had two teams from this country progress to the next round of their respective competitions, while the other two were eliminated at the first attempt.

Cork City put in a spirited display against Progres Niederkorn to overturn their two-goal deficit, taking a 2-0 lead of their own in the second-half. The Luxembourg outfit nabbed a goal back, however, denying the Rebels a potential showdown with Rangers.

St Patrick’s Athletic went out on a more limp note, falling 2-1 to IFK Norrkoping. There was, at least, a stunning goal from Conor Clifford (more on that later).

So Dundalk are one step closer to the Champions League group stages after their penalty shootout victory over Latvian outfit Riga FC. Their reward is a clash with Azerbaijani side Qarabag, who reached the groups as recently as 2017-18.

That will come next week, while for now we can appreciate how big a victory this was for the Louth club. Although defeat would have seen them slip into the Europa League regardless, this keeps the gravy train rolling, as there is more coin to be made in Europe’s premier competition (they will now bank €1.2m at least). But it also mattered for Irish football, as we hadn’t seen a continental win for some time.

We have Gary Rogers to thank for that one, as he made two huge saves in the shootout, to say nothing of keeping consecutive clean sheets, to see them through. It was a particularly poignant night for the goalkeeper, who equalled Ollie Cahill’s record 41 European appearances for a League of Ireland footballer. He’ll beat it this coming week.

Two HUGE penalty saves from @1garyrogers to send the away fans crazy and to help book @DundalkFC's spot in the Champions League second qualifying round. #LOIinEurope #UCL pic.twitter.com/s5F5A9PW6m

The Lilywhites were deserved winners in the end, creating the better chances over the two legs against a defensive side, yet the margins were so fine that it could have easily gone either when it came down to spot-kicks. Fortunately for them, Sean Hoare scored the decisive penalty in sudden death.

After the game, manager Vinny Perth was put in touch with an unexpected caller — Jose Mourinho. The ex-Manchester United manager was put through to the Dundalk boss on FaceTime via Andy Burton, the former Sky Sports correspondent, to congratulate him on the win.

That is the kind of rarified air that the Irish champions now share.

All of the major transfers involving Irish players this summer

Three times Shamrock Rovers went behind over two legs in the Europa League qualifying clash with SK Brann, but each time they came back, before definitively putting their opponents to the sword late on in Tallaght on Thursday night.

The Dublin outfit didn’t hold the lead on the scoreboard at any point for 177 minutes of this match, but for those last three they were in dreamland. Although the score as it was would have been good enough on the away goals rule, there was always the possibility that their Norwegian visitors could snatch a late winner. This way they were at least guaranteed extra-time, but didn’t need it.

Good finish from Gary O'Neill after a brilliant counter attack as Rovers take the lead on the night and surely secure their place in the next round. #LOIinEurope pic.twitter.com/WaunmH4j0g

If Rogers was the hero for Dundalk, then former Manchester City man Jack Byrne filled the same role for Rovers, scoring one and setting up one for the 2-1 come-from-behind win. After the game Stephen Bradley said the midfielder’s performance was Scholes-esque.

“It was like Paul Scholes back in the day. That little dink in the box, it was a hell of a finish,” exalted the manager in his comparison of Byrne and the Manchester United legend.

Simply beautiful turn & finish from @Jackb_8 to put Rovers back ahead in the tie ???

The victory is of huge significance for Rovers, not least for progressing to the next round. The beating of a Norwegian team, with a budget around twice the size of the host’s, is massive in its own right too, as will the prize money that now follows.

Yet this might mean the most for Bradley and his reign. In previous years this side might have shirked the fight when the going got tough. That 57-minute goal from Daouda Bamba would have seen them capitulate and fail to regain control. But that didn’t happen. Instead, we got one of the most impressive European performances out of an Irish team in a few years.

Thus far, this is the defining performance of the Bradley era. But he’ll be hoping there is more like them to come, starting with Cypriot outfit Apollon Limassol next week.

Belfield brawl gets out of hand

Monday night featured the kind of incident that commentators claim “no one wants to see”, but in reality, we all love seeing it, when UCD and Bohemians players clashed at the end of the game.

The Students won 1-0 at home, earning themselves a massive three points in the fight for survival at the bottom of the table. Conor Kearns celebrated in front of the away support, but the goalkeeper was quickly reprimanded by opposition players for doing so, leading to a fracas between both sides.

Some unsavoury scenes after the game in the UCD Bowl as Conor Kearns celebrated in front of the Bohs fans. The UCD 'keeper had to wait to make his exit as objects were thrown while the referee was also delayed. pic.twitter.com/09FoJyBXuR

It was all a bit harmless, as no digs were thrown, but it got a bit out of hand when Kearns headed for the dressing room. Objects were thrown his way and a fan jumped the fence to chase him. What exactly was the plan there? What would have happened had he caught up with the player?

Kearns engaged in some good old shithousery, but it hardly warranted the reaction it got. In any case, the UCD ‘keeper got what he wanted, which was to wind up the Bohs faithful. The best thing to come out of it though? This tremendous photo taken by Seb Daly for Sportsfile:

To make matters worse for Bohs, the result was changed to a 3-0 win for the home team after they fielded an ineligible player. Danny Mandroiu was supposed to serve a one-game suspension, but played the full 90 minutes.

Other dispatches from the League of Ireland:

The ex-Chelsea midfielder scored an absolute screamer against IFK Norrkoping in the Europa League on Thursday night. Sadly it was an academical effort, as the Swedes progressed to the next round 4-1 on aggregate.

Mikey Place wins it for Finn Harps against Waterford. pic.twitter.com/5GlFfquXFP

Before this week there had been four scoreless draws in the space of eight days, leading many to wonder whether we would ever see another goal again. Then Derry City came to our rescue.