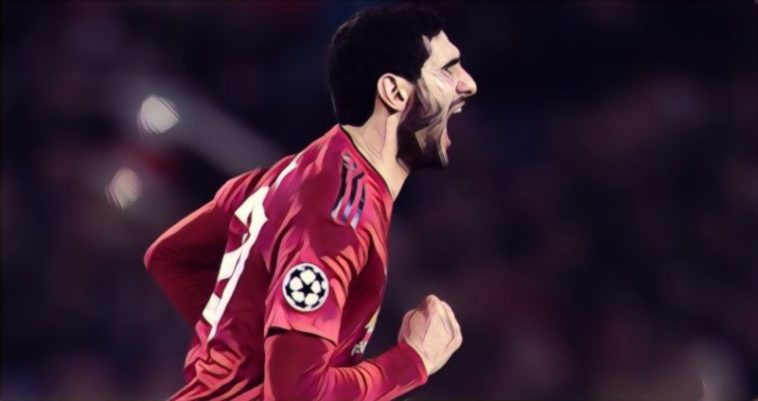 Manchester United qualified for the Champions League knock out stages with a dramatic last minute win over Swiss side Young Boys tonight at Old Trafford.

Jose Mourinho’s side put in yet another insipid home performance and had their goalkeeper David De Gea to thank for keeping the scores level after the Spaniard pulled off a sublime world class save during the second period.

It looked as if United were about to fail to score in the third successive home Champions League fixture for the first time in their history, until one of Mourinho’s trusted lieutenants Marouane Fellaini finished off a Luke Shaw cross in the 91st minute to seal a 1-0 win and prompt an exuberant celebration from his manager.

Speaking after the game Mourinho admitted he was relieved his side secured safe passage to the knock out stages and hailed the ability of the superb De Gea.

“Relief. We didn’t play to be in trouble until the last minute. I was frustrated we couldn’t score. My players were very tired at the end. That’s what I want. Without David de Gea’s save, no winning goal. We qualified. We did it.’’ Mourinho told his post match press conference.

“He is the best goalkeeper in the world. If our ambitions are to have the best in the world, we have to keep him.

“Realistically to be in the last 16 is an achievement, not a big one or a fantastic one, but an achievement. There are better teams than us. Teams with more quality and realistic ambitions. When a team arrives in the quarter-finals, anything can happen.”