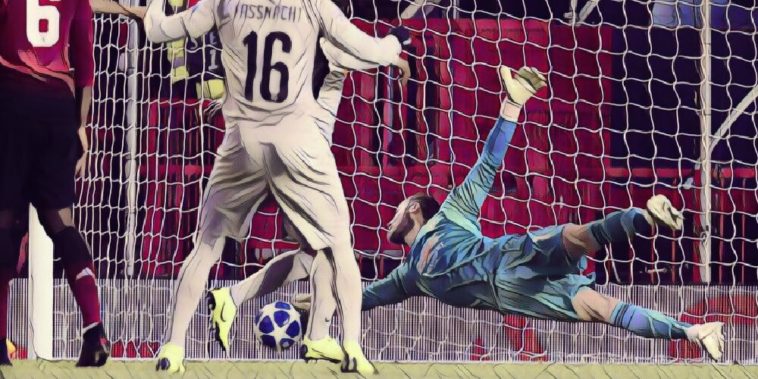 Jose Mourinho has insisted that David de Gea wants to stay at Manchester United following his sensational save against Young Boys in the Champions League last night.

There have been a number of reports that have said that De Gea is keen to sign a new deal at Old Trafford, but with a little over six months remaining on his current contract, he is yet to commit his future to the club.

Manchester United have an option to extend De Gea’s deal by a further 12 months, an option they are likely to take up to prevent him leaving on a free next summer, with the Spain number one attracting attention from European giants PSG and Juventus.

De Gea pulled off a sublime save late on in United’s win over Young Boys at Old Trafford last night to keep the scores at 0-0, with Marouane Fellaini netting the winner in the 91st minute to see United progress to the Champions League knockout phase with a game to spare.

Speaking after the game, United boss Jose Mourinho was full of praise for the 28-year-old ‘keeper, describing him as ‘probably the best in the world,’ before stating that he knows that De Gea wants to stay at the club.

“Without David’s save, no winning goal either,” Mourinho said in his post-match press conference.

“He is a world-class goalkeeper, probably the best in the world, and that’s exactly what you need if you want to be a big club that wins things. I know he is happy here, I know he wants to stay, and I know the board are working to make that happen.”