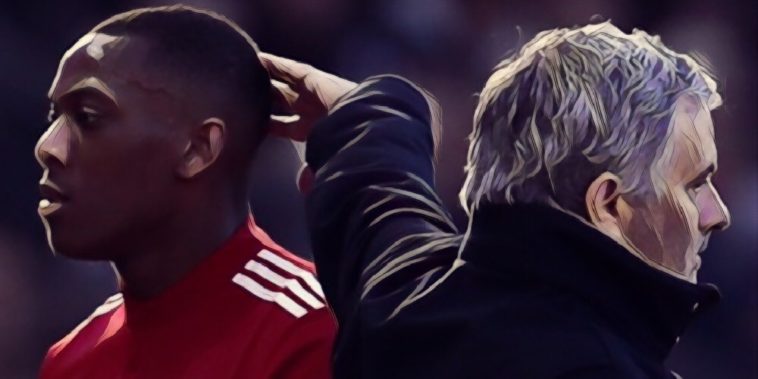 Jose Mourinho has confirmed that Anthony Martial will be dropped to the bench for today’s clash against Wolves, despite his impressive performance against Young Boys in midweek.

Martial was handed a rare start in Manchester United’s midweek Champions League game in Switzerland in the place of Alexis Sanchez, who has had a disappointing start to life at Old Trafford.

Despite the pair reportedly having a fractious relationship, the Frenchman repaid his manager’s faith by putting in a good performance and scoring his first goal of the season in Bern, latching onto a fine through ball from man of the match Paul Pogba before slotting home to make it 3-0 to the Red Devils.

However, with Manchester United set to face Wolves at Old Trafford on Saturday afternoon, Jose Mourinho has confirmed that Sanchez is set to return to the starting lineup “because Martial played 90 minutes and Sanchez played zero”.

Sanchez is yet to score a goal in any of his four Premier League appearances this season, but when asked if the Chilean needed to improve, the Portuguese boss decided against singling the former Arsenal man out for criticsm, saying “Every player has another level to step up.”

United have recovered to 8th in the Premier League table after a disappointing start to the campaign which saw them lose two of their opening three league fixtures.