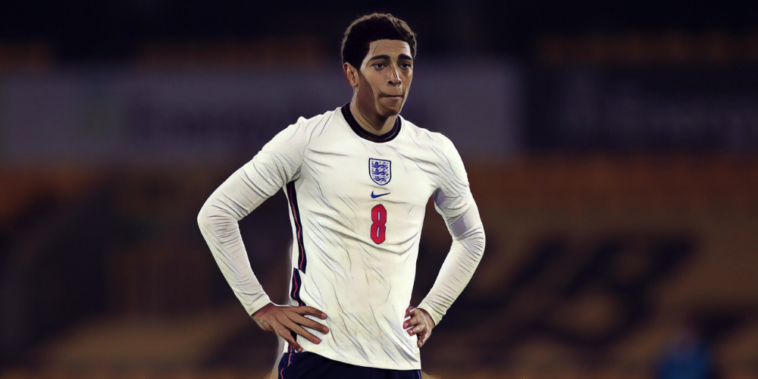 Jose Mourinho has predicted that teenage prodigy Jude Bellingham is in line to play ‘a major role’ at this summers European championships as he drew comparisons to former England midfielder, Frank Lampard.

The 17-year-old has been catapulted onto the big stage following his big-money move from Birmingham City to Borussia Dortmund last summer, the teenager having also been courted by Manchester United before opting for an increasingly popular move to the Bundesliga.

Since his switch to the Westfalenstadion, Bellingham has displayed maturity beyond his years, with Pep Guardiola openly praising the youngster following Manchester City’s Champions League meeting with the German outfit back in April.

Despite his tender years, his form for Dortmund has already seen him earn four caps for England and has been called up for this summer’s delayed Euro’s, with some even calling for him to start from the off.

One man who is certainly convinced is three-time Premier League winner and soon to be Roma boss, Jose Mourinho, who likened Bellingham to a player who flourished for both club and country in the middle of the park, Frank Lampard.

“Jude Bellingham is going to have a major role to play for England in this tournament, I am convinced of it,” Mourinho writes in The Sun.

“And while it’s very dangerous to compare players — especially when you compare them with top, top performers — I do think Bellingham has something of Frank Lampard about him.

Pep: Bellingham must be lying about his age! 😂

Another brilliant week in the #UCL 😍 pic.twitter.com/3MFqfM2fp9

“Lampard shoots ten times, he scores nine goals, he always hits the target. But this kid is also capable of scoring from outside the box.

“He defends well as a midfield player but then he has the potential to be offensive.

“I like him very much. He is a box-to-box player, that old-school profile.

“I love everything about Bellingham. I can’t believe his age, only 17. The way he plays, the way he brings himself into the game, shows so much maturity.

“We were aware of him when he was at Birmingham and Borussia Dortmund did a phenomenal job to sign him — as with Jadon Sancho.”

England kick off their Euro 2020 campaign against Croatia this afternoon, a repeat of the 2018 World Cup semi-final in Russia, and Mourinho thinks that Bellingham should however be left out of the starting XI for the opener, before potentially being thrust into the side for the remainder of the competition.

“I wouldn’t start Bellingham against Croatia on Sunday because the first game always brings a little pressure,” the Portuguese continued. “But I’d seriously think about starting him in every other game.

“If you get a good result in the first game, I think this kind of kid can emerge.

“Then if he emerges in a strong way, it is very difficult for the coach to leave him out.”

Luka Modric: Will Euro 2020 be the Last Dance of a modern great

See also – Five of the best players from Euro 2000