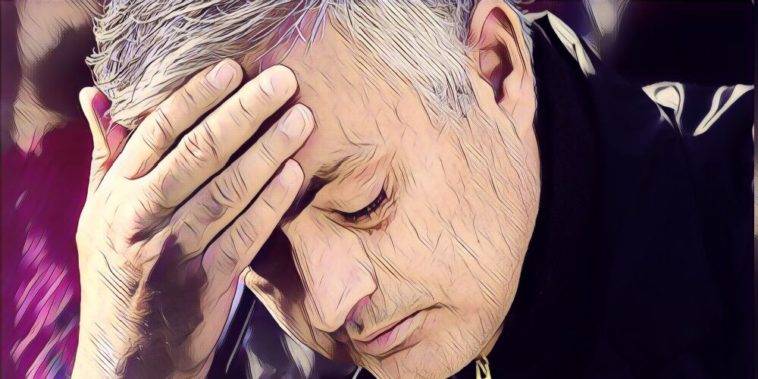 Jose Mourinho has said he ‘probably deserved to be sacked’ by Manchester United but reckons they are now even worse than when he left.

Mourinho has taken a punditry role with Sky Sports this season, which is the first of his managerial career in which he hasn’t had a club, and the Portuguese was in the studio on Sunday to analyse Manchester United‘s abject defeat to West Ham on Sunday afternoon.

After the game, Mourinho said that he couldn’t see any improvement from the side which he departed last December, and when further asked about Manchester United’s problems under Ole Gunnar Solskjaer, he declined to provide an answer, though did insist that he is not enjoying seeing his old side struggle.

“I’m not the right person to answer it,” Mourinho said.

“They are far behind. It’s difficult for me to answer. I was there for two seasons where I could feel lots of positive things and I could feel the direction to go in, then obviously the third season was not good enough.

“I was sacked, I probably deserved to be sacked because I was responsible as the manager, but the sad reality is that they are worse than before.

“And for me that is a sad thing. Maybe people think I’m enjoying the situation but I’m not enjoying it at all.”

Keane: ‘There’s a long way back’ for Manchester United