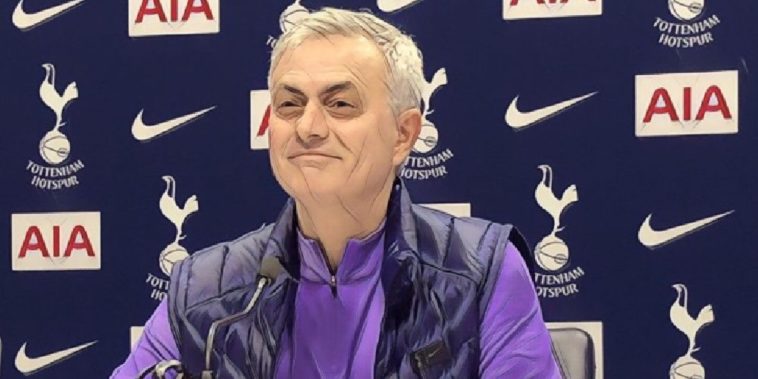 Jose Mourinho insists he is “100 percent Tottenham” as he prepares for a reunion with former side Chelsea in a huge Premier League meeting this weekend.

The Spurs boss will welcome his former side to the Tottenham Hotspur Stadium on Sunday, in a clash that could have huge implications in the race for the top four and Champions League qualification.

The fixture will be the first time that Mourinho has faced the Blues since opting to join their London rivals last month, crossing the city rivalry after previous spending two spells at Stamford Bridge where he won three league titles.

Whilst Mourinho admits he “gave everything” to each of his former clubs, the 56-year-old played down the reunion. The Portuguese said he is fully concentrated on achieving success with his current employers, as Spurs look to move level on points with fourth-placed Chelsea with a victory this weekend.

Speaking at his pre-match press conference, Mourinho said: “For me it’s a game. I am 100 percent Tottenham, I’ve always been 100 per cent my club throughout my career.

“But they are my previous clubs so I give everything to my [current] club and my club is Tottenham, so for me it’s so easy to play this game. It’ll be difficult because of the quality of Chelsea, but not difficult for the emotional point of view; not at all, easy.”

Read: Lampard says he’s no Mourinho clone ahead of reunion