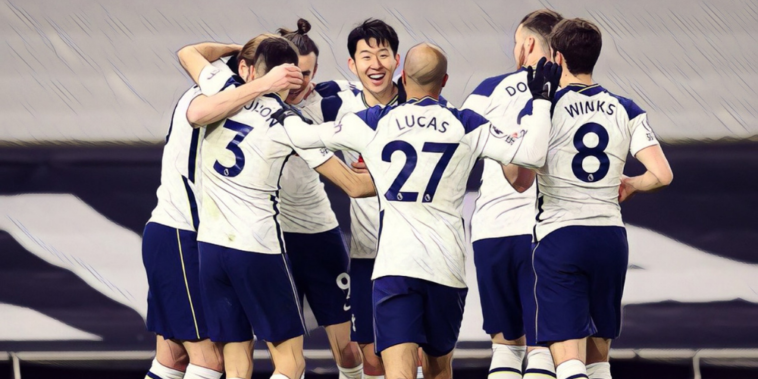 Lucas Moura has called on Tottenham to use their ‘creative players’ as the club look to continue their recent form and secure Champions League football.

Jose Mourinho’s side have shown signs of recovery in recent weeks with three consecutive league wins, a turnaround in form that has moved the north London side back into contention for a top four finish.

Spurs were top of the Premier League in mid-December before a torrid run of form saw them drop down the table, including five defeats in just six league fixtures throughout January and February.

Recent results and performances have improved, however, with the return to form and fitness of Gareth Bale having been a welcome boost, the Wales international having scored braces in wins over Burnley and Crystal Palace.

Bale has formed part of an exciting new attacking line-up including Harry Kane, Son Heung-Min and Moura, the quartet having shown signs of developing an encouraging understanding in recent weeks.

Moura has hailed the quality of Spurs’ attacking options and believes playing on the front foot is key to the club’s hopes of securing consistent results this season.

”For me, we have unbelievable players, we have creative players and we need to keep the ball to dictate games,” Moura told the Express.

“It’s a big, big pleasure for me to play with these players and also because they are very good guys.

“I’m so happy, I’m so proud to be part of this team and I feel very comfortable playing with them.

“The most important thing is we make use of these players in every game. We have so much quality and if we keep the ball and attack, we lessen the risk of teams coming at us and they can win the game for us.

“But I think the main thing was the mentality.

“We just needed to have the belief in ourselves. We needed to know how good we are because we have terrific players, a very good squad and the quality in the Premier League to win games.

“When we realise that and we have confidence we are able to dominate games. We just need to keep going in this way.”

Spurs currently sit seventh in the Premier League, five points adrift of fourth-placed Chelsea with a game in hand on their London rivals in the race for the Champions League.

Mourinho’s side next face Dinamo Zagreb in the Europa League before meeting Arsenal in a huge north London derby clash this weekend, and Moura says his side must take one game at a time as they bid to close the gap on the sides above them.

“It’s not easy when there are a few teams in front of us but we need to trust ourselves,” Moura continued.

“We can achieve this objective. But we need to think step by step, game by game.

“But if we play like we did against Palace, of course we can finish in the top four. And that’s the objective.”