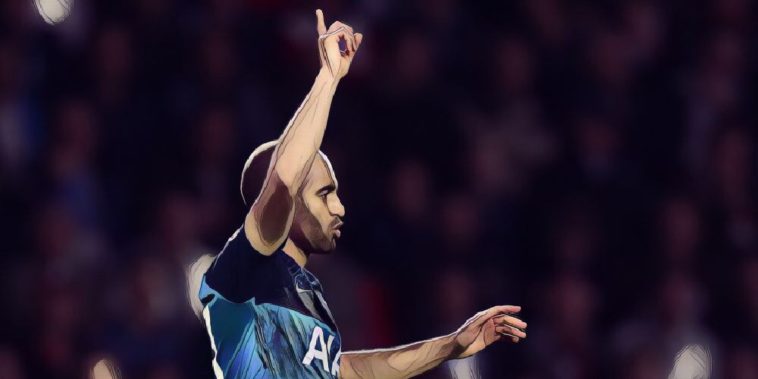 Lucas Moura has said that he and his Spurs teammates still have the belief that they can qualify for the knockout stages of the Champions League, despite being held to a 2-2 draw by PSV Eindhoven on Wednesday.

Having lost their opening two games of this season’s Champions League against Barcelona and Inter Milan, Spurs went into Wednesday night’s game knowing that their hopes of qualification were really riding on the result over in the Netherlands.

They fell behind after 29 minutes when Mexican forward Hirving Lozano opened the scoring, but goals from Lucas Moura and Harry Kane put the North London side back in charge of the game.

However, with Spurs goalkeeper Hugo Lloris being sent off after 79 minutes for taking down goalscorer Lozano outside of the area, Luuk de Jong then delivered a sucker punch in the 87th minute when he scored a late equaliser.

While Spurs boss Mauricio Pochettino has said his side’s chances of qualification are ‘nearly over’, goalscorer Lucas Moura says he still has belief:

“We need to believe. I think we can qualify and we believe,” Moura told Sky Sports.

“We have three games left. We have the quality to qualify. We have to keep working, so let’s look forward to the next game.

“I’m a little bit sad because I scored and we played well. We had control of the game and we could have finished it and score the third, but we didn’t – that’s football.”