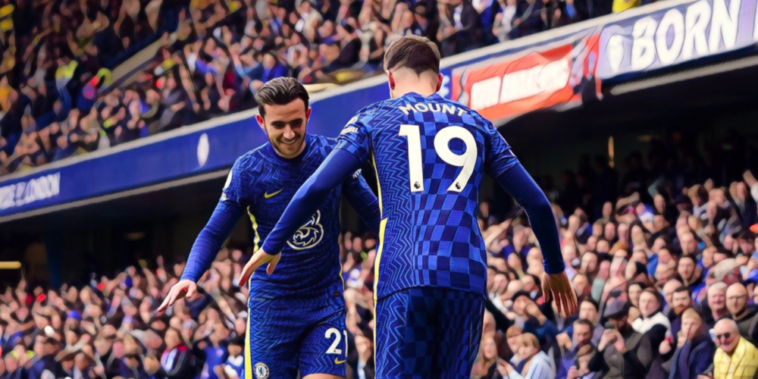 Mason Mount netted a hat-trick as Chelsea extended their lead at the summit after cruising to an emphatic 7-0 win over bottom side Norwich City at home on Saturday.

The two sides had gone into the game at opposite ends of the table and that contrasting form showed as the league leaders raced into a two-goal lead inside the opening 18 minutes at Stamford Bridge.

The hosts had lost both Romelu Lukaku and Timo Werner to injury in the midweek win over Malmo, yet that seemingly mattered little as Mount struck early, the Englishman firing in superbly from just outside the box for his first goal since May, with Callum Hudson-Odoi playing a pivotal role in the build-up with a surging run down the left flank.

What a finish from Mason Mount! 🎯

Chelsea take the lead early on against Norwich and it's a lovely strike from one of their own 🌟 pic.twitter.com/1CwRob7mtI

The 20-year-old’s return to the starting XI then got even better as he extended the Blues lead just under ten minutes later, the winger latching on to an exquisite Mateo Kovacic through ball and calmly slotting in past a helpless Tim Krul.

It got even worse for the Canaries just before the break as Reece James added a third, the wing-back racing clear after an excellent Mount pass and producing a delicate dink over the onrushing Krul.

The visitors squandered a rare chance after the interval as substitute Milot Rashica saw his effort blocked by a sliding Edouard Mendy, before Ben Chilwell – whose wayward pass had led to that chance – continued his rich vein of goalscoring form with his fourth goal in four successive league games after lashing in at the back post.

Four then became five as Hudson-Odoi’s cross found its way past Krul after an unfortunate deflection off full-back Max Aarons, before Norwich’s misery continued as former Burnley man Ben Gibson was dismissed after picking up two yellow cards.

Substitute duo Hakim Ziyech and Ross Barkley were then both denied superbly by the opposition stopper, with the Dutchman then initially saving from Mount’s spot-kick following Mathias Normann’s handball, although with the midfielder successfully converting at the second attempt after Krul was adjudged to have stepped off his line.

The England international then rubbed further salt into the wounds in stoppage time by rounding off his first Premier League hat-trick with a simple tap-in after an excellent pullback from Ruben Loftus-Cheek, with the victory ensuring that the home side would end the weekend at the top of the table.

Speaking after the game, man of the match Mount admitted it was a ‘big moment’ to bag a treble in front of home support.

“Before the game I put pressure on myself to get on the scoresheet, then three came around in the same game. It’s obviously a massive moment for me. I’ll remember this one for a long time,” he told BT Sport.

“I was always getting in positions to score, but I just wasn’t putting it in the back of the net. I thought the last one might be offside. It was my luck today, but it’s also about the team. We spoke before about being at it from the beginning, we did that today.

“Players came in in the absence of other players. We were on it the entire game but we never dropped our standards and kept going.

“I always want to play every game. Sometimes you’ve got to take a backwards step, but in the last couple of games I’ve felt at it and ready to play.

“It’s a big moment for me to score three at home at Stamford Bridge.”

Chelsea are next in action at home to Southampton in the Carabao Cup on Tuesday night, before take on Newcastle United at St James’ Park next Saturday.