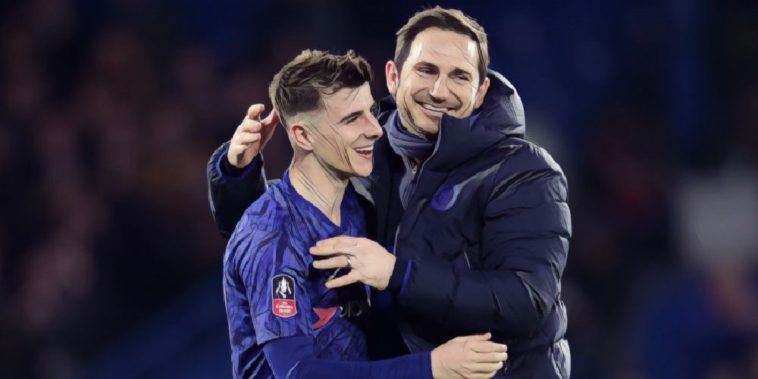 Mason Mount has outlined his aspirations to follow in the footsteps of Frank Lampard at Chelsea and believes the Blues’ boss is the perfect person from which to learn.

Mount has enjoyed a breakthrough season with the west London side this term and has thrived in an attacking midfield role, scoring six times and providing a further four assists in the Premier League so far this season.

The 21-year-old has been pleased with his progress to date but admits he still has plenty to learn as he bids to improve as a player, though believes that Lampard  – one of the great goalscoring midfielders of his generation and Chelsea‘s all-time leading scorer – is the perfect manager to develop his game.

“I’m very lucky to have worked with Lampard at both Derby and then at Chelsea this season,” Mount said, as per Chelsea’s official website. “The manager has been great with me. He’s always giving me little bits of advice and he’s just been encouraging me to keep learning and to keep growing as a player. I’ve loved every minute of this season so far and hopefully we can come back and end it on a high now.

“I’d love to add more goals to my game, like Frank did when he played for Chelsea. If I could make even half of his goals then I’d be very happy! He was so dominant as a goalscoring midfielder.

“I’d also like to be successful like him in terms of trophies won. As young players coming through, you dream of lifting silverware and that’s no different to this team. We want to win trophies and having seen the Chelsea team when Lampard was playing, that’s something we can aspire to.”