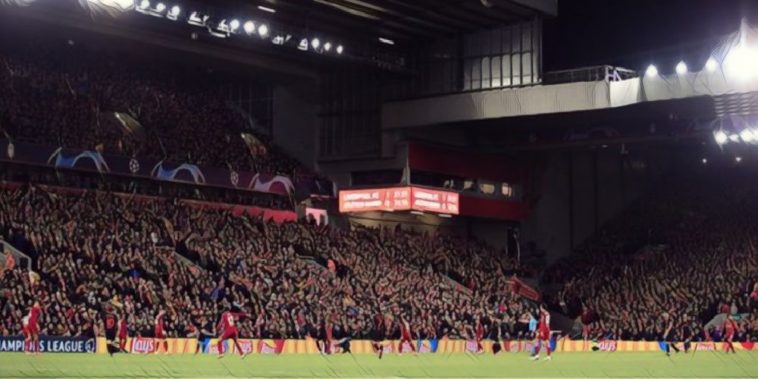 The Premier League is said to have opened discussions with the government regarding the possibility of allowing fans to return to football.

English football’s top tier has been suspended since mid-March in the wake of the coronavirus pandemic, though the division will restart in unprecedented circumstances with behind-closed-doors fixtures beginning next week.

Despite the season not yet resuming, the Mirror reports that Premier League chiefs have already begun ‘dialogue’ with the government about the ‘feasibility’ of getting supporters back into stadia up and down the country when deemed safe to do so.

The news comes after Javier Tebas – president of Spain’s La Liga – said he hoped for a phased return for fans before the end of the current campaign, suggesting stadiums could be ’10 or 15 per cent’ occupied in the latter stages of the season.

With the UK still a few weeks behind the rest of Europe in combating the virus, a return to fans this season looks highly unlikely. However, the report says that the conversations will give ‘hope’ to the Football Association that some form of a crowd could be present for the FA Cup final, currently scheduled for August 1.

Any return for spectators is dependent on government approval and the Premier League’s restart proving successful, though the initial discussions ‘lessens the prospect’ of next season – set to begin in mid-September – beginning behind-closed-doors.

Klopp getting used to playing behind-closed-doors and new protocols