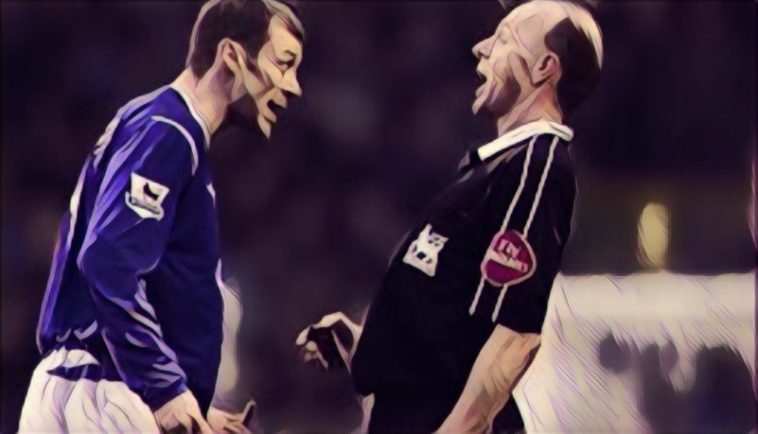 There’s something quite satisfying about a headed goal and throughout the Premier League era, we’ve seen headers of all different styles.

Flicked headers, towering powerful nods and delightful diving efforts, there are plenty of players who have truly specialised in the art of the headed goal.

But which players have scored the most? We’ve listed the five players with the most headed goals in a single campaign…

For readers of a younger age, that towering presence presenting Homes Under the Hammer may be unfamiliar as a Premier League goalscorer.

Rewind just over two decades, and Dion Dublin was a battering ram of a player comfortable at both centre-back and centre-forward. After an underwhelming two-year spell at Manchester United, Dublin moved to Midlands outfit Coventry City and began to score goals at a prolific rate.

In the 1995/96 season, Dublin scored 14 goals for the Sky Blues as they narrowly avoided relegation by virtue of goal difference, a remarkable eight coming from his head.

The Trinidad and Tobago established himself as one of the Premier League’s finest forwards during a nine-year spell at Villa Park, before winning multiple honours at Manchester United.

In 1995/96, Yorke fired Villa into Europe, netting 17 league strikes as the club finished fourth and qualified for the UEFA Cup. Not necessarily thought of as one of the Premier League era’s finest headers, Yorke nodded home an impressive eight goals.

Perhaps injuries took their toll, but Roque Santa Cruz will almost certainly always be remembered alongside the likes of Michu and Amr Zaki as a member of the Premier League’s ‘one-season wonder’ club.

The Paraguayan arrived in English football with impressive pedigree after spending seven years at German giants Bayern Munich, and made an immediate impact in Lancashire at Mark Hughes’ Blackburn Rovers.

Santa Cruz scored 19 league goals in his debut season, eight with his head, but never again hit those heights.

After a disappointing spell at Manchester City including loan spells away from the club, Santa Cruz left for Malaga in 2012. He continues to play aged 37 for hometown club Olimpia Asuncion.

A second appearance for Yorke on our list, with another eight headed efforts in a single campaign.

By the 1999/2000 season, Yorke had moved to Sir Alex Ferguson’s Manchester United, picking up the Premier League’s Player of the Season award and finishing as the league’s top scorer as the club won an unprecedented ‘treble’ in 1998/1999.

Yorke entered the following campaign in similarly prolific form, scoring 20 league goals as United retained their title, notching another impressive haul of eight with his head.

‘Big Dunc’ was a defender’s nightmare during a 12-year spell in the Premier League.

Standing 6ft 4in, the Scottish striker was a formidable physical presence and headed efforts became almost a trademark.

In 1997/98, the Everton legend top-scored for Howard Kendell’s side with 11 league goals as the Merseyside club narrowly avoided relegation to the second tier, finishing above Bolton Wanderer’s on goal difference.

Incredibly, 9 of those strikes coming via his head, a remarkable 81% of his season’s tally.