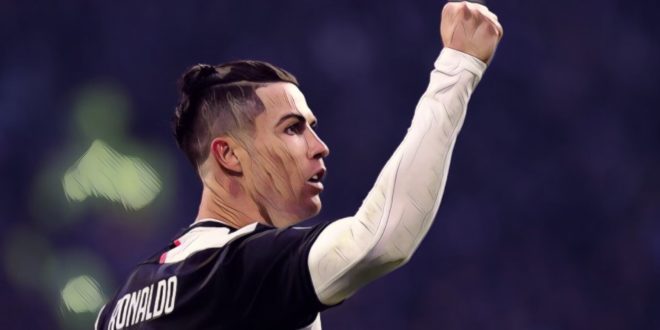 Cristiano Ronaldo continues to break all kind of goalscoring records, the Juventus superstar netting his first treble in Italian football with a hat-trick against Cagliari on Monday.

The Portugal international has now scored trebles in the Premier League, La Liga and Serie A and continues to set new standards with his goalscoring exploits, but where does he rank amongst the most prolific hat-trick scorers in Europe’s top five leagues in modern times?

The Uruguayan has been amongst Europe’s deadliest frontmen for much of the past decade, scoring prolifically in Italian football with both Palermo and Napoli before latterly joining Paris Saint-Germain.

Cavani would score 20+ league goals in each of his three seasons in Naples before moving to France, his first season at Napoli memorably seeing him score hat-tricks in wins over Juventus, Sampdoria and Lazio.

Having moved to Ligue 1 in a big-money deal in 2013 he has continued to score prolifically, eclipsing Zlatan Ibrahimovic as the greatest goalscorer in PSG’s history in January 2018 and the forward is rapidly closing in on 200 goals in all competitions for the Parisian side.

The 32-year-old’s exploits have seen him score 12 league hat-tricks since January 2008, with only three players able to better that impressive total.

The veteran forward is still going strong with Stuttgart at the age of 34, the German having been a reliable source of goals throughout a career that has seen him win three Bundesliga titles and the Champions League amongst his list of honours.

Only Cristiano Ronaldo and Lionel Messi have scored more Champions League hat-tricks than Gomez, the forward’s penchant for trebles also evident at domestic level with 12 to his name since 2008.

Gomez would score an impressive 10 of those trebles during a trophy-laden four-year spell at Bayern Munich, including a remarkable five during the 2010/11 season as he finished as top scorer in the Bundesliga – though it would not prove enough for the Bavarian side who finished third behind Bayer Leverkusen and champions Borussia Dortmund.

No Premier League player scored more goals over the course of the past decade than Manchester City talisman Aguero, the Argentine having become the greatest goalscorer in the club’s history over the course of a glittering career at the Etihad.

The 31-year-old has scored 12 hat-tricks since January 2008, with 11 of those coming since his move to Manchester in 2011 – Aguero moving level with Newcastle legend Alan Shearer for the most trebles in Premier League history.

Amongst those hat-tricks came back-to-back trebles against Arsenal and Chelsea last season, Aguero’s ruthlessness in front of goal contributing to yet another title for Pep Guardiola’s all-conquering side.

A two-time winner of the European Golden Shoe and a player who has finished as the top scorer in Holland, England and Spain, Luis Suarez certainly knows where the back of the net is.

The Uruguayan international has been a prolific goalscorer during spells at Ajax, Liverpool and Barcelona, netting 16 hat-tricks since 2008 with only two players having scored more.

A prolific final full season in Amsterdam would secure a move to the Premier League and Suarez would net six hat-tricks in England – including becoming the first player in history to score three trebles against the same opposition as Norwich City became his favoured opponents.

A big-money move to Barcelona has brought team success in the form of four La Liga titles and the Champions League, whilst he would boost his tally with a further ten hat-tricks – setting a new record as the only player to score four times in consecutive matches in 2016.

An unsurprising name near the top of this list, the Argentine and generational rival Ronaldo have continued to reach unprecedented heights in terms of goalscoring achievements.

No player has ever scored more goals in Spain’s top flight than Messi, whose 432 goals put him over 100 clear of Ronaldo in second, whilst he also holds the record for most goals in a single season with 50 during an unfathomable year that saw the Barcelona star score an astonishing 91 goals during the calendar year of 2012.

Still the game’s greatest talent at 32-years-old, fans should savour his genius whilst they still can.

If Cristiano Ronaldo keeps his match balls, and we’re presuming a man who built his own museum is into that kind of thing, then it better be a big cabinet.

Ronaldo’s treble against Cagliari took him to a barely believable 36 league hat-tricks since 2008, the Portuguese international quite possibly the greatest goalscorer the game has seen.

A scorer of hat-tricks in the top flights of England, Spain and now Italy, Ronaldo has conquered some of the finest divisions in world football and continued to break records at a relentless rate.

Capable of scoring all types of goals, no player can match the 34-year-old’s total in the big five leagues since 2008, another record that will likely please a man driven to be the very best.