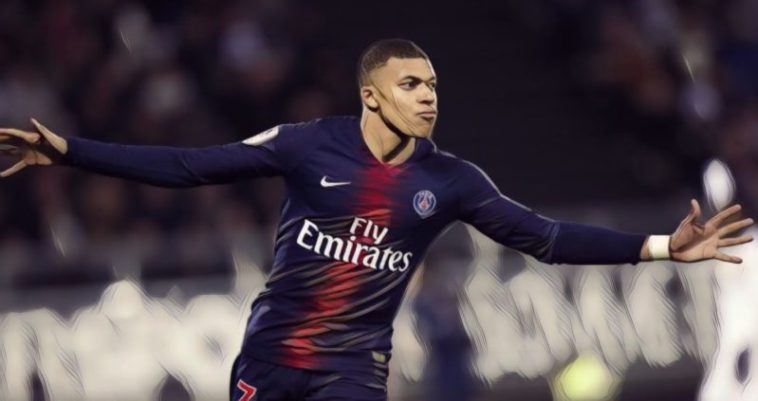 The past decade has been dominated by the Lionel Messi-Cristiano Ronaldo era, the two players possessing a duopoly on the Ballon d’Or for almost the entirety of the past ten seasons, comfortably established as the finest talents on the planet and breaking a whole host of footballing records.

Whilst the pair of all-time greats still have some years at the very highest level, as evidenced by Messi’s recapturing of the game’s greatest individual honour this year, as we close out the year and with it, the decade, we’ve decided to profile some of the young stars who could succeed the iconic duo as the games finest.

It’s said in footballing circles that goalkeepers are the last players to truly mature, with many playing on well past their 30th birthdays in a time when their outfield counterparts are often on the decline.

The case of Donnarumma then, is quite an exception.

The AC Milan goalkeeper is into his fifth season as a first choice at the San Siro, having made almost 200 appearances in all competitions for the Rossoneri and earning 16 caps for the senior Italian national side, all before his 21st birthday.

Donnarumma is remarkably still just 20-year-old, despite possessing the experience of a player far beyond his years and whilst he can be prone to the odd mistake, has the potential to succeed the likes of Alisson, Jan Oblak and Marc-Andre ter Stegen as the world’s best shot-stopper.

Whether Milan will be able to keep the prospect at the club as they continue to struggle remains to be seen, the sleeping giant may reluctantly have to accept that their brightest talent needs to move on to fulfil his vast potential.

A star turn for arguably the finest side in European football at present, Liverpool’s Alexander-Arnold is a certainty to feature in our side at right-back, the England international having established himself as arguably the best attacking full-back in world football over the past two seasons.

The academy graduate has helped his side to successive Champions League finals, winning the latter before adding the UEFA Super Cup and Club World Cup to his growing collection before the year was out.

Possessing sublime technique and an ability to dictate the play from a previously unfashionable position, Alexander-Arnold broke the assist record for a defender in the Premier League last season, whilst he has added a further eight assists to his tally over the first half of the campaign and looks well placed to break his own record.

Only Kevin de Bruyne has created more chances than Alexander-Arnold in England’s top flight this season, the local lad continuing to thrive in Jurgen Klopp’s league leading side.

Trent Alexander-Arnold has registered 20 assists in the #PL since start of last season – more than any other player#LEILIV pic.twitter.com/ymMILXkojb

The second Liverpool youngster to make our backline, Gomez has suffered a frustrating time with injury of late but once restored to the first-team has shown just why he is so highly rated.

Powerful, athletic and composed on the ball, the 22-year-old has rarely looked flustered during the infancy of his career and will now hope for a sustained period injury-free to establish himself as an automatic starter for the national side.

Pushed hard for a position in our side from the likes of Real Madrid’s Eder Militao, Benfica’s Ruben Dias and Chelsea’s Fikayo Tomori, Gomez’s presence in the backline of a Liverpool team currently possessing the status of world champions and leading the Premier League is enough to warrant his inclusion here.

Another player already established at the top level despite his tender years, De Ligt was amongst the hottest properties in football prior to his move to Italian champions Juventus last summer.

The 20-year-old led Ajax to a domestic double and the Champions League semi-finals last season before opting to move to Turin to continue his development, where he is likely to continue his rapid progression under the tutelage of Juve stalwarts Georgio Chiellini and Leonardo Bonucci.

The first ever defender to win the Golden Boy award in 2018, De Ligt is a natural leader and despite a difficult period on the sidelines in recent weeks is likely to be the cornerstone of a Juventus side that seeks to make their mark on European football in the coming seasons.

The Moroccan international has made a huge impression during a two-season stay on loan at the Bundesliga side, thriving in a variety of positions including both full-back berths and further forward.

The Real Madrid loanee’s attacking impact has been further demonstrated with two goals and six assists in the Bundesliga this term, and it remains to be seen whether he will be given a chance to make an impact at the Bernabeu next season.

Bayern Munich teenager Alphonso Davies, currently thriving in a wing-back role in the Bundesliga, is unfortunate to miss out.

If ever there was youngster who looked ready made for Barcelona’s midfield, it was Frenkie de Jong.

Arguably the star and architect of the Ajax team that reached last season’s Champions League semi-finals, De Jong was swiftly snapped up by the Catalan side on a pre-contract agreement last January before linking up with his new teammates last summer.

He has instantly cemented his position in the heart of the side, dictating the play from deep and drawing comparisons to former Barcelona great Xavi and current star Sergio Busquets.

His ability to retain possession and play inventive passes makes him the perfect long-term conductor of the Barcelona side, a role he is likely to thrive in for the next decade.

Havertz’s stunning form for Leverkusen has seen him linked with practically every major club on the continent in recent times, the 20-year-old drawing comparisons to Michael Ballack following his breakthrough for the Bundesliga side.

Now established as a senior Germany international, it remains to be seen how long Leverkusen can keep hold of his precocious talents, Havertz scoring 17 goals in just 34 appearances from midfield last season.

A tall and elegant midfielder, Havertz combines physical stature with technical quality and is gaining admiring glances from the likes of Barcelona, Bayern Munich and Liverpool.

The 20-year-old’s performances have dipped somewhat in the current campaign, but he remains undoubtedly one of the most promising talents in European football and will be the leading light in an emerging crop of German youngsters.

Manchester City must curse themselves for allowing Jadon Sancho to slip through their grasp, the youngster heading to Germany to secure regular first-team football having grown tired of waiting for his chance at the Etihad.

Since then, the teenager has flourished into one of the most exciting talents in world football, his creativity an essential part of Dortmund’s formidable attacking armoury.

Having registered double figures for goals and assists last season he is on the verge of matching that feat already this term, scoring nine times and providing another nine goals in 15 Bundesliga appearances.

Linked strongly with a mega-money move back to English football, Sancho is already a star despite not turning 20-years-old until March of next year.

Having burst onto the scene with match-winning performances against Midtjylland and Arsenal within the space of a few days as a teenager, it can be easy to forget that Marcus Rashford has just turned 22-years-old.

Already a winner of several major honours including the FA Cup, League Cup and Europa League, the forward has also earned 38 senior caps for England despite his tender years.

The Wythenshawe-born star has long been regarded as an exciting prospect but is now beginning to deliver consistent displays and has taken on talismanic status in a transitional Manchester United team.

His best performances have come when drifting in from the left-flank, using his pace, power and technical skills to terrorise opposition defenders, whilst 16 goals in all competitions so far this season is the best goalscoring form of his career.

If Rashford can maintain the productivity he has produced so far this season, he can be the go-to man for both club and country.

A controversial pick perhaps, given we have left out reigning Golden Boy winner and £113m Atletico Madrid signing Joao Felix, but we’ve opted for a player who has caught the imagination like few else so far this season.

That form attracted a host of the continent’s leading sides and it was Borussia Dortmund who won the race to sign the 19-year-old, Haaland set to move to Germany in the first week of the transfer window.

It remains to be seen how the teenager handles the step up, but having terrorised Champions League defences this season already, he looks to have all the attributes to become one of European football’s most formidable forwards.

The easiest pick in our team and in the opinion of this writer, the best young talent in world football.

Kylian Mbappe’s career achievements would make a fine honours list had he retired some years ago, but for a player of just 21-years-old they are truly astonishing.

Already a four-time winner of Ligue 1 and a World Cup winner with France, Mbappe has scored 78 goals in just 106 appearances in all competitions for the Parisian club since joining from Monaco three years ago.

Crowned as Ligue 1’s Young Player of the Year in three consecutive campaigns and as the winner of the senior award last year, Mbappe is already a global superstar and the key man for both club and country.

He will look to fire PSG to a maiden Champions League this season before heading to the European Championships with France, the forward looking to deliver on his promise of making history in his homeland.