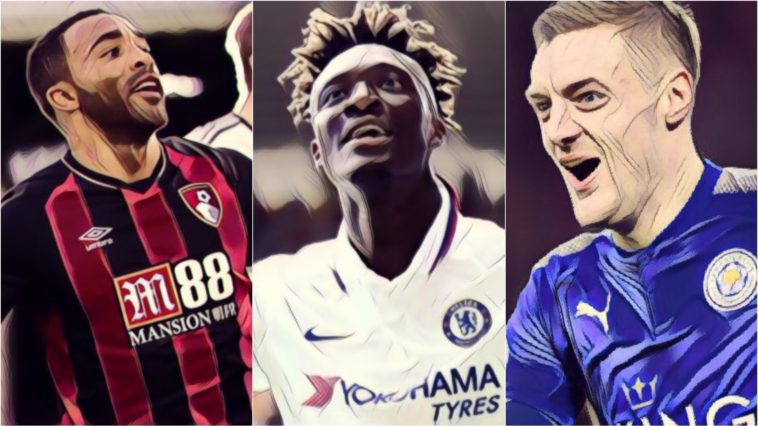 Which player has been the most accurate in front of goal after five weeks?

So far this season we’ve seen 146 goals being scored in the Premier League, meaning we’re seeing 2.92 goals per game. That’s pretty great! Who doesn’t love seeing the ball fly into the net at least three times a game?

Some teams and players are just better at it than others; Manchester City, for instance, are currently the highest scorers with 16, while lowly Crystal Palace are conversely at the opposite end of the spectrum with just three strikes in five games.

And then you have your goal scorers who are just more clinical than everyone else. Finishing is second nature to them, as if they just know where the net is without having to look. Now that we’re well into the new campaign, it’s a good time to see who is better at doing just that.

On average, about 27% of shots on target are goals, but these guys scoff at such a conversion rate. Good strikers will usually get a lot of shots off, but very good ones will convert a high percentage of them into goals. For example, Sergio Aguero has taken 18 shots this season, seven of which have been on target and six ended up in the net, meaning he has converted exactly a third of his shots into goals. Impressive, yet he still hasn’t made this list.

For the sake of accuracy, we’ve only included players who have played at least 180 minutes so far and taken more than one shot on target. Otherwise players like Kenny McLean, who has one goal from one shot and thus has a perfect conversion rate, makes the cut. It skews things and doesn’t tell us how accurate he actually is.

The Liverpool attacker was a sublime finisher last season, ending on top of the scoring charts with 22 goals, and he has started off this campaign in a similar vein.

Mané has four goals from 11 total shots, six of which were on target, meaning over a third of all his efforts found the net. Incredibly, ten of these were from inside the box, meaning the Senegalese international is consistently getting into good positions to score.

The 27-year-old edged out Norwich City’s Teemu Pukki, who has scored six goals this term. 12 of his 17 shots have found the target this year and if he can keep it up he will be in the mix for the Golden Boot come next May.

The Norfolk native has been one of the surprise packages this season, impressing for the Canaries in his maiden campaign in the top flight. Cantwell has provided two assists and two goals, including one in the famous win over Man City last week.

The 21-year-old is the only non-striker on this list, so he’s unlikely to remain quite this clinical for the rest of the season, but his numbers tell a story nonetheless. Four of his five shots have come inside the box, three of which were on target.

The only one in the box that went wide was a glorious chance he had in front of goal, but somehow headed over the bar. What this shows is that he is able to find space and get into good scoring positions. Cantwell is a wide player but you’ll see him move inside an awful lot, allowing the full-back to overlap while he creates chances for himself and others in front of goal.

If there’s one thing that can be rest assured about Callum Wilson, it’s that he is a proper penalty box forward. He’s strong, has an eye for goal, and can get the ball out from underneath his feet quickly.

All six of his shots so far have been inside the area, with five being on target and three ending up as goals. It would be mightily impressive (and unlikely) if he could continue putting away half of the shots he takes, but you also feel that Bournemouth could do with getting him the ball a lot more.

Similarly to Wilson, Jamie Vardy has taken six shots and ended up with three goals. Although Leicester City have not been as courageous in attack as we might have hoped, they can still depend on their main striker to put away his chances.

The former England international has had four efforts on target and four from inside the box as well, but he is liable to get a goal from anywhere, as he showed with his brilliant lobbed finish against Bournemouth.

It’s been an unbelievable start to the season for Tammy Abraham, who has scored seven goals to put him top of the charts alongside a certain Argentine forward.

The English youngster proved himself as an excellent finisher in the Championship with Aston Villa last season, and he’s transferred that to the Premier League with ease.

From his 13 shots, 12 have come from inside the box and eight have been on target. While we doubt he will keep scoring over half his shots, it’s an encouraging sign to see a 21-year-old striker look so assured up front.

Read: Five times Premier League stars got into a fight with their teammates