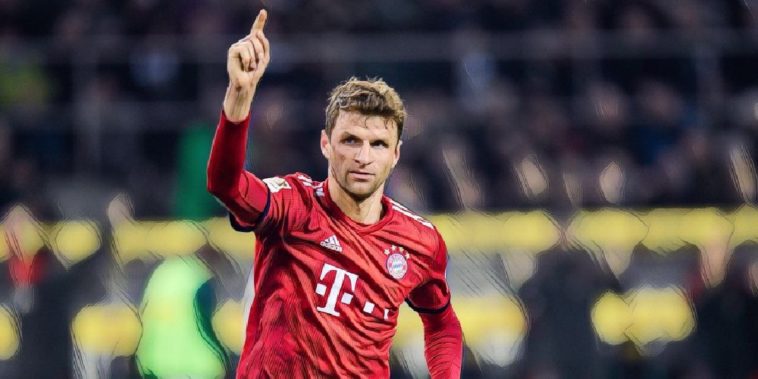 While it will never surpass the feat of actually scoring a goal, registering an assist has perhaps become just as important metric in the modern game, not least to the statisticians.

The players supplying that key final pass or that wicked cross are now potentially the most lauded of them all, particularly at a time when the out-and-out, goalscoring centre-forward is on the wane.

Tottenham Hotspur striker and England captain Harry Kane leads the way in the Premier League with 19 goals this season, yet it’s his tally of 13 assists that has perhaps been more widely praised, not least because he tops the charts in that regard too.

Unfortunately for him, however, despite his stellar campaign and his emergence as something of a playmaker, he has not been one of the top ‘assisters’ in Europe over the last few seasons.

Here’s a look at the five players who have consistently been delivering the goods since the start of the 2018/19 season across Europe’s top five league’s:

The 33-year-old may well be remembered by English fans for his ill-fated spell at Old Trafford, yet since his departure from Manchester United in 2015, he has undoubtedly been one of Europe’s most consistent performers, both domestically and in the Champions League.

While perhaps not the star attraction in an attacking force that includes the mercurial Neymar and the supremely talented Kylian Mbappe, the former Real Madrid man is arguably the unsung hero and the most reliable of the three.

Since his arrival at Paris Saint-Germain, Di Maria has helped the club to four Ligue 1 successes, as well as playing a key role in the club’s run to the Champions League final last season, a competition he previously won back in 2013/14 during his final season at the Bernabeu.

His displays in Europe have seen him become the player with the third-most assists in Champions League history, his two assists against Istanbul Basaksehir back in December seeing him overtake United legend Ryan Giggs, and leaves him behind the iconic duo of Cristiano Ronaldo and compatriot Lionel Messi on the all-time list.

As for his league form this season, the Argentine has netted four goals and recorded eight assists, leaving him joint third for the most assists made in Ligue 1 thus far this term, with Memphis Depay and Jonathan Bamba leading the way with nine apiece.

The left-footed winger was rewarded for such form last month as he was handed a new one-year deal to stay in Paris, the contract including the option of an extra year at the Parc des Princes.

Level with the PSG man on this list is Manchester City and Belgium star, Kevin de Bruyne, who is an unsurprising inclusion after having been the most lethal playmaker in the Premier League in recent years.

The 29-year-old may have been slightly overshadowed by the displays of Ilkay Gundogan and Ruben Dias so far this season, yet he remains the real creative hub of Pep Guardiola’s relentless City side, with 11 assists to his name in the league – a tally only bettered by Kane (13).

Such form has been crucial to the runaway league leaders’ mightily impressive showings of late, with an unprecedented quadruple still a realistic possibility – a third league title in four years already close to being secured and the Carabao Cup final to come against Spurs at the end of April.

While the current campaign could develop into a historic one for City as a collective, on a personal level, the midfielder will have to go some way to match his best-ever individual season, that coming during the 2019/20 campaign in which he recorded a staggering 20 assists in the league, drawing level with Thierry Henry as the record holder for the most assists in a single season.

Perhaps somewhat surprisingly, he only recorded two assists in the 2018/19 season, yet he’s forced himself onto this list nonetheless with his creative displays since.

It says a lot about Gareth Southgate’s current attacking options that this man may not even be involved for England at the European Championships this summer, yet on pure stats alone, the 21-year-old is way ahead of his competitors.

After being eased into life in Germany following his move from Manchester City in 2017, the Borussia Dortmund man caught fire the following year and has since gone on to net 36 Bundesliga goals, as well as a hugely impressive 39 assists.

To put that into perspective, the closest English player to him in terms of assists over the last three seasons is Trent Alexander-Arnold – another’s whose involvement come June is in doubt – the Liverpool man having hit 29 assists, ten less than his international colleague, albeit from full-back.

The last campaign was particularly fruitful for the wideman, as he finished the season with 33 goal involvements in the league (17 goals and 16 assists), although since then he’s failed to really recapture that form, after having perhaps been impacted by a failed move to Manchester United over the summer.

He currently has six goals and nine assists to his name in the league so far this term, with six of those assists coming since the turn of the year, yet that still may not be enough to guarantee himself a place in Southgate’s 23-man squad come June, with his absence through injury over the latest international break potentially damaging his cause.

That being said, if fit, he is undoubtedly one of England’s most exciting young talents and has the benefit of regular game time at a Champions League level club.

Of course, there’s no surprise to see this man on this list, with the only real shock perhaps being that he is not at the top,

The diminutive genius may currently be at the centre of a high profile transfer saga, yet he has not let that inhibit his performances, with the 33-year-old currently in fine form as Barcelona attempt to dispel their current turmoil with a potential title triumph.

Since the turn of the year, in particular, the 33-year-old has been at the top of his game and currently leads the way in La Liga for goals scored (23), while he is also only behind former Liverpool man Iago Aspas in terms of assists, having hit eight this season, two less than the Celta Vigo striker.

Such form has rocketed La Blaugrana back into the title race, with just a point separating the stuttering Atletico Madrid and Ronald Koeman’s side at the top of the table, while Real Madrid are also back in the mix ahead of this weekend’s Clasico.

Finishing the season at the summit could well be the perfect way for the Argentine to bow out as he nears the end of his current contract, or could potentially be the marker of a new era for himself at the Nou Camp, as the veteran, senior figure among a crop of exciting young talent.

If he does opt to depart, his creative influence will be simply impossible to replace, Messi having hit a remarkable 84 goals and registered 42 assists in the league just since the start of the 2018/19 season. Truly mind-boggling stats.

At the top of the pile is the irrepressible German, who remains one of the most consistent forwards in world football and is surprisingly still only 31, despite seemingly having been around forever.

After enduring difficult spells under Carlo Ancelotti and later Niko Kovac, the roaming forward has looked reborn under Hansi Flick, having been rightly reinstated as Bayern Munich’s creator-in-chief behind the relentless Robert Lewandowski.

That devastating partnership has been vital to the club’s incredible displays during Flick’s relatively brief tenure, the German giants having won a remarkable six trophies in the last year, including last season’s Champions League, an eighth successive Bundesliga title, as well as the FIFA Club World Cup earlier this year.

"That was wonderful football!" 👏

While Lewandowski has been the main man having hit 91 Bundesliga goals since the start of the 2018/19 campaign, he largely has his World Cup winning teammate to thank for such an achievement, Muller having registered 45 assists in that time, including a league record of 21 last term.

With seven games still to go this season and with 15 assists already to his name, he could well break his own record, as well as finish the campaign as the top assister in Europe’s top five league’s, his nearest competitor being that of the aforementioned, Harry Kane.

Amid the German national team’s current struggles, manager Joachim Low would surely be a fool not to recall the Bayern star for this summer’s European Championship’s.