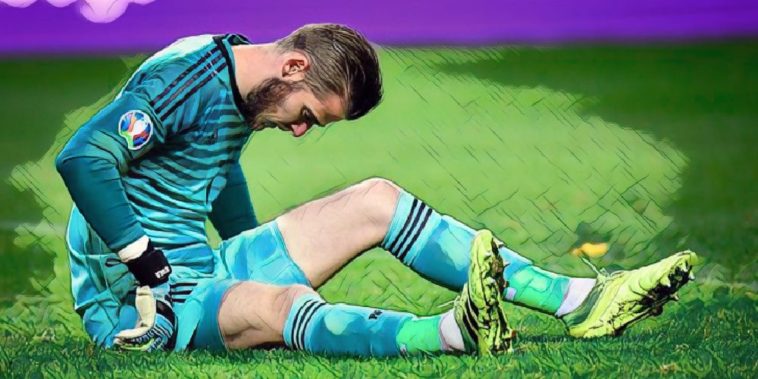 Spain manager Robert Moreno has confirmed that David De Gea is a doubt for Manchester United’s clash with Liverpool this weekend after picking up an injury whilst on international duty.

De Gea was substituted during Spain’s draw with Sweden on Tuesday night, with Chelsea‘s Kepa Arrizibalaga replacing him in goal in Stockholm.

The 28-year-old appeared to suffer the injury when clearing a back pass from his own player during the 1-1 draw, in which Rodrigo’s stoppage-time equaliser rescued a point for Spain.

He has 6 clean sheets in 7 Premier League appearances. What’s all the fuss about? 😆 #MUFC pic.twitter.com/ugpPAnSZ8A

Spain coach Moreno has now confirmed that the shot-stopper felt pain in his abductor muscle, and his participation in Sunday’s crucial clash at Old Trafford now appears in major doubt.

“He had pain in the abductor muscle but he received treatment at half-time and wanted to keep playing. He gave us his word, but in the end he couldn’t continue,” Moreno said.

De Gea’s absence will be a major blow to United as Ole Gunnar Solskjaer’s side prepare to face league leaders Liverpool, with Argentina international Sergio Romero likely to replace the Spaniard in goal.

Manchester United are currently 12th in the Premier League having failed to win in their past three fixtures, and face a difficult task in stopping Jurgen Klopp’s visitors who are aiming for an 18th successive win, a total that would equal the divisional record set by Manchester City.