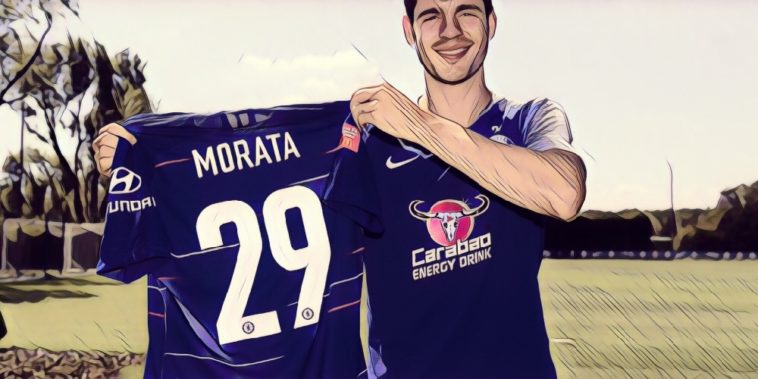 Alvaro Morata has swapped his number 9 shirt at Chelsea for the more unorthodox number 29 shirt, in honour of his newborn sons.

The Spain international joined the Blues in a club record £58 million deal last summer from Spanish giants Real Madrid and began his Chelsea career in blistering form. He began to struggle for form and fitness though as the season went on, and he has been widely expected to depart Stamford Bridge this summer after just one season in London.

He has been linked with moves to Juventus and AC Milan, but he has announced that he will be staying at Stamford Bridge for the upcoming season, and will do so with the number 29 on his back.

Earlier this week, Morata’s wife, Alice, gave birth to twin boys, and the 25-year-old striker wanted to publicly pay tribute to the latest additions to his family:

“It is a day I will never forget, to welcome my twin sons into the world,” Morata told the Chelsea website.

“My family is so important to me and I want to honour them and my wife, Alice, when I am on the pitch which is why I have decided to take a different number for the new season and remember this special day by adding the number 2 to my shirt.

“I am sorry to the fans who may have bought a number 9 with my name already, but I hope you understand my tribute and that it will not be a problem and we can make you a new one with the 29. Thank you for your support and I hope this year there will be lots more to celebrate.”