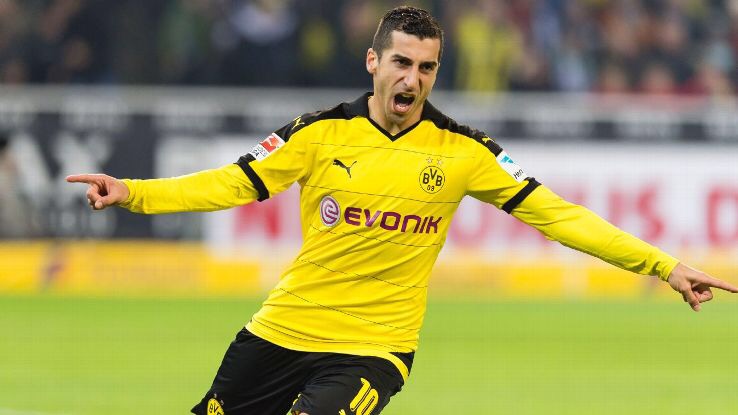 Borussia Dortmund midfielder Henrikh Mkhitaryan is still keen on a move to Manchester United this summer and his agent has admitted he is working to make his clients dream come true.

Yesterday we brought you news that the Bundesliga club are digging their heels in and refusing to sell the Armenian, after knocking back a £19million move from Manchester United, despite the player only having 12 months remaining on his current deal on the club.

Dortmund are prepared to make Mkhitaryan see out his contract, even though they will lose the player on a free. However, the players agent Mino Raiola has spoken about the work he is doing on behalf of his client:

He wants to go to Manchester United and we are still trying to resolve the situation.

We are still talking to Dortmund. We are trying to be reasonable. They are aware that Micki wants to leave now.

Dortmund have already lost Ilkay Gundogan and Mats Hummels this summer, as well as fighting to keep hold of Pierre Emerick Aubameyang, so are determined to keep hold of Mkhitaryan if they can.