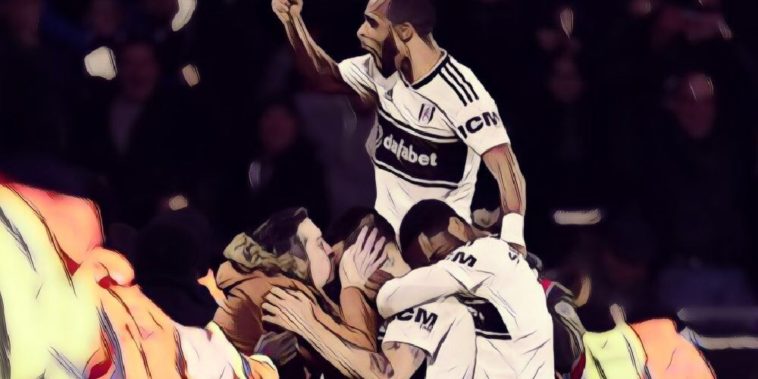 Aleksandr Mitrovic has said that Fulham fully deserved today’s 1-0 win over Huddersfield, saying that he could quite happily cry tears of joy.

The striker scored a last-minute winner to give the Cottagers a valuable three points and move them within a point of safety.

Speaking after the game, the former Newcastle United striker described the game as a six-pointer.

“Unbelievable. I am so tired and so happy. We deserved this, we worked hard and this is the best way to win the game, scoring in the last minute. We are very proud,” Mitrovic told Sky Sports.

“When Ryan Sessegnon got the ball I knew he will go inside so I tried to find the space and I knew he would pass or shoot. I made the run and he decided to pass and I finished it well. I did not have luck in last game, but today I did.”

During the second half, Fulham were awarded a penalty, with Mitrovic seen arguing with Aboukakar Kamara over who would take it. French forward Kamara got his own way, before seeing his spot-kick saved by Jonas Lossl in the Terriers goal, much to the frustration of manager Claudio Ranieri.

However, Mitrovic said that he respected his teammate’s point of view, despite it being his job to take the penalties.

“For the penalty, we had a small argument and I think it is my job for penalties. He did not think like this but I respect that. I have done the same in the past. I don’t have a problem with this, he missed and that is part of football. He changed the game when he came on in the second half. We worked very hard for the win.

“It is a big three points, we kept another clean sheet and that is a big improvement for us. Today was a six points game against rivals at the bottom and it was a very important game. It gives us confidence before facing Arsenal. We need to carry on winning games and taking points.”