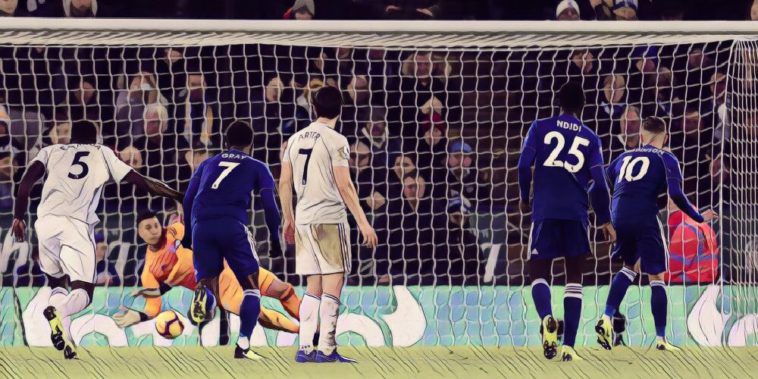 Cardiff City hero Neil Etheridge has described today’s win over Leicester City as a great win, as the Bluebirds continue to defy the odds in the Premier League.

Cardiff were the hot favourites to drop straight back down to the Championship this season, especially considering the lack of funds at the disposal of Neil Warnock in the summer.

However, as we enter the second half of the Premier League campaign, the Welsh outfit are four points clear of the drop zone and have picked up a number of key results in recent weeks.

Their latest victory was the 1-0 win over 2016 champions Leicester, with Roberto Camarasco scoring a last minute winner, with goalkeeper Neil Etheridge having already saved a second-half penalty from James Maddison

Speaking after the game, the 28-year-old goalkeeper admitted that it was a ‘great win’.

“It was a great save from the penalty to help the team, but the main thing for us today is the great win – our first away from home. It gives us momentum going into the new year,” he told Premier League productions.

“We just need to keep focusing and keep concentrating. Obviously it’s a very tough league. To keep two clean sheets in a row is outstanding. The boys have done very well.

“We take every game as it comes. We’ve got a tough game against Tottenham on New Year’s Day, but we’ll enjoy this one for now.”