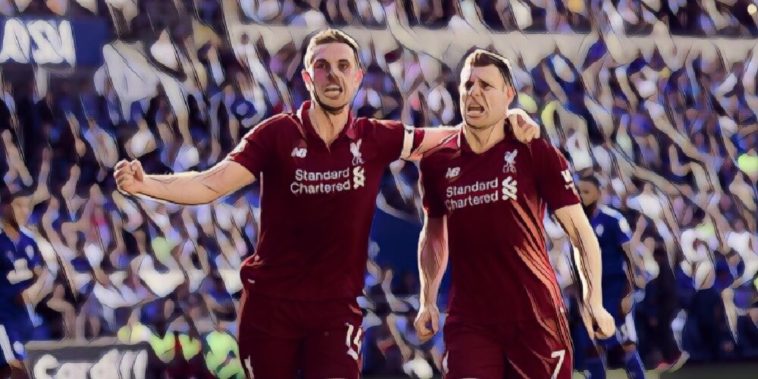 James Milner insists Liverpool are simply concentrating on themselves after they returned to the top of the Premier League with a 2-0 win at Cardiff City.

Milner came off the bench to score Liverpool‘s second from the penalty spot after Gini Wijnaldum had opened the scoring for Jurgen Klopp’s side.

Victory moves Liverpool two points clear of nearest challengers Manchester City at the top of the table as they seek a first league title in 29 years, although the Merseyside club have played a game more.

Milner was pleased with his sides patience after seeing them claim a vital three points in South Wales, though he admits it is not easy to watch on from the sidelines.

“Obviously I’ve got confidence in the boys and want them to do well, but it is a bit worse when you’re watching from the side,” he told Sky Sports.

“I thought we were in control for the majority of the game, you have to stay patient. It’s easy to be impatient and start playing the wrong way.”

With the title race looking set to go to the wire, Milner – who won two league titles during his time at the Etihad – says Liverpool are only focusing on their own results.

“We just need to concentrate on our side, all we can do is keep the pressure on by winning games. They (Man City) know they have to be perfect as well. All we can do is win the rest of our games, hopefully it’s good enough.

“Both teams have been pretty ruthless and clinical. It’s not easy week on week, we’ve lost one game and are second.”