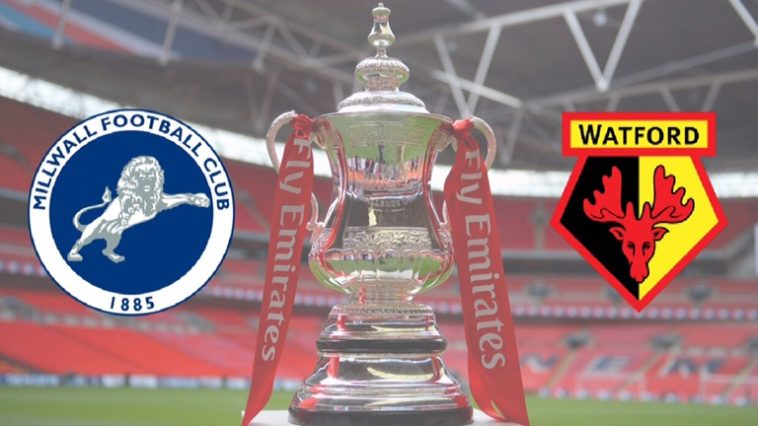 After producing one of the shock results of the last round of the FA cup, Millwall will be looking to cause another shock when Watford visit the Den.

Millwall are currently unbeaten in all competitions since December 17 and Neil Harris’s men will have even more confidence coming into this fixture as a compulsory purchase order for the land containing the Den was abandoned this week.

Watford on the other hand come into this game on the back of just two wins from 10 games in all completions. However, Watford do love a good cup run, they got to the Semi Finals last season, knocking out Arsenal on their own turf in the process.

Millwall will be only without Shaun Hutchinson and Harry Smith. The rest of the squad is fully fit. January signings Jake Cooper and Jed Wallace are both available for the lions.

Watford this week have been heavily involved in the January transfer window. Walter Mazzari has decided to bolster his front line by bringing in Mauro Zarate and M’Baye Niang. However, Zarate is suspended after picking up a ban during his last game for Fiorentina and Niang is unlikely to play as he has only just joined the club. Kabasele, Amrabat, Success and Mariappa. Behrami is currently a major doubt with a hamstring injury, while Roberto Pereyra is still out of action with a knee issue.

Millwall be thoroughly up for this fixture and they will be also be full of confidence as they comfortably beaten fellow Premier League side Bournemouth in the last round. However, despite Watford being on a miserable run of form, I think that Watford will have the slight edge over Millwall as in Watford’s last game, there was lots of positive sides to take from the game and I think that win would be the most likely result.

This Match Preview was written by our Facebook follower and Guest writer, Ben Moran.