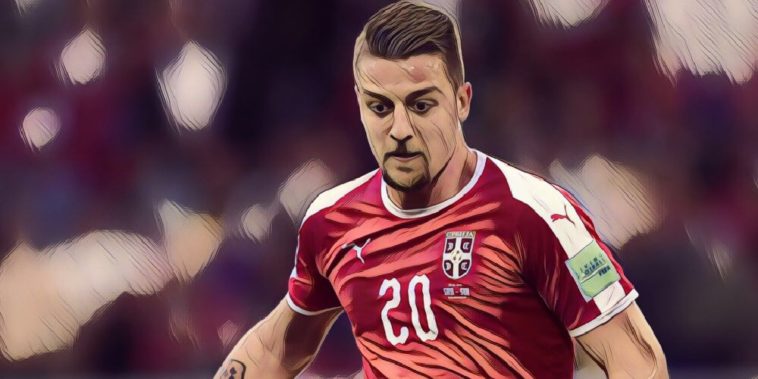 Sergej Milinkovic-Savic has said he is ‘pleased’ that Jose Mourinho has taken the time to personally watch him in action after the Manchester United boss was spotted in the crowd during Serbia’s game with Montenegro.

Manchester United have been heavily linked with a move for Milinkovic-Savic in recent months, with a potential club record move being talked about in the media, but that speculation is only likely to increase after Jose Mourinho was spotted watching the Lazio midfielder in action for Serbia this week.

Mourinho is still trying to find a way to get the best out of Paul Pogba, although with talk linking him with a move to Barcelona, SMS could be being eyed as a replacement.

“I am a Lazio player but it’s obvious that I was pleased that a coach of his stature came to watch the match,” Milinkovic-Savic told reporters after the game.

“I read a little bit everywhere he was here at the stadium to see me play but that doesn’t mean anything.

Jose Mourinho makes trip to Montenegro for Serbia clash – but which players could he have been scouting?https://t.co/EQzqrBxQwM pic.twitter.com/dVtTqYYeSO

“Maybe he was not here for me, but for someone else.”

United have also been liked with centre-back Nikola Milenkovic, who was also in action for Serbia as they beat local neighbours Montenegro 2-0 on Thursday night in the UEFA Nations League, with Milinkovic-Savic grabbing an assist.