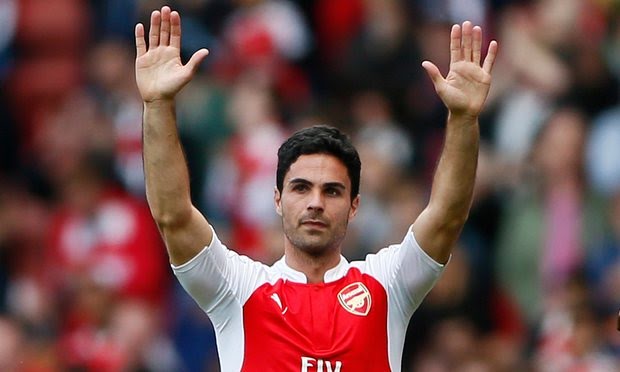 Mikel Arteta has announced his retirement from football after being released by Arsenal, and has confirmed he will move to Manchester City to work as part of a Pep Guardiola’s coaching staff.

In a statement released this afternoon, the Spaniard said:

Following recent media speculation I can confirm that I will be leaving Arsenal and retiring to take up a coaching position at Manchester City.

I’ve enjoyed an amazing five years at Arsenal and it’s been an honour and a privilege to captain such a great club.

The 34-year old spent five years at Arsenal after making the move from Everton and went on to become club captain, winning the FA Cup twice in 2014 and 2015.

He went on to say:

I am now looking forward to the challenge ahead at Manchester City. The opportunity to join Pep Guardiola and his team was an amazing opportunity for me and I am incredibly excited for the future.

Guardiola and Arteta are friends from their time at Barcelona, and role is the Spaniards first coaching position of his career.