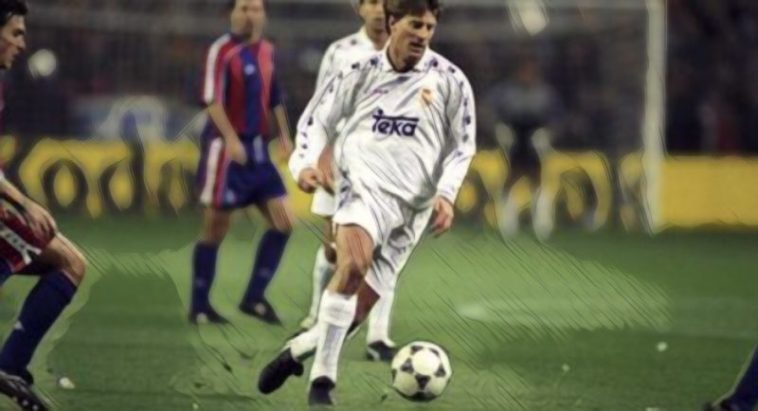 Arguably Scandinavia’s greatest footballing export, Michael Laudrup became one of the most elegantly talented players in football history during a career at the pinnacle of European football.

Winner of league titles in Italy, Spain and the Netherlands, Laudrup is one of the few players to play on both sides of the Real Madrid-Barcelona divide and retain the utmost affection from both sets of fans.

He won four successive La Liga titles and the European Cup as part of Johan Cruyff’s ‘Dream Team’ at Barcelona, before his move to the Bernabeu proved the catalyst for Real Madrid wrestling back supremacy in Spanish football.

One of the greatest players never to win the Ballon d’Or, here are 10 of the best quotes on the legendary Michael Laudrup:

“Michael was possibly the most skilful and elegant player I ever played with. Few could dribble like he could. He could sense when a game was ready to be seized and transformed by a moment of individual brilliance.” – Ronald Koeman

“He was unbelievable. What he could do with a football, the way he would see passes, his passing. I’ve never seen anything like that in my life.” – Peter Schmeichel

“Had Michael been born in a poor ghetto in Brazil or Argentina with the ball being his only way out of poverty he would today be recognised as the biggest genius of the game ever. He had all the abilities to reach it but lacked this ghetto-instinct, which could have driven him there.” – Johan Cruyff

“I fully understand why he is considered one of the best players in Barcelona’s history and even the world.” – Lionel Messi

“I always say that Laudrup had three eyes, not two like everyone else. As a forward, I had to be aware all the time, because he could make you a chance out of nothing and you had to be prepared for that moment. Michael was a magician and one of the greatest players ever. He was amazing in one-on-ones too.” – Ivan Zamorano

“Who is the best player in history? Laudrup.” – Andres Iniesta

“Michael had everything except for one thing: he wasn’t selfish enough.” – Michel Platini

“I think people don’t quite realise how good he was. He was absolutely unbelievable. He was a great dribbler, but he also spotted things. He saw things that nobody else saw.” – Jan Molby

“The best I have ever played with.” – Raul