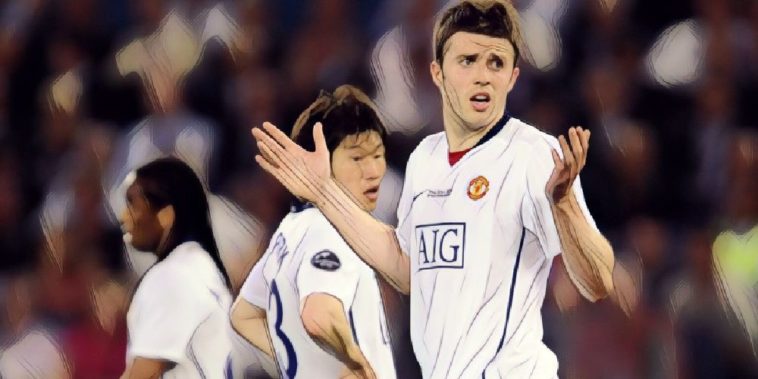 Michael Carrick has opened up on the biggest regret of his Manchester United career and described the club’s Champions League final defeat to Barcelona in 2009 as ‘the one that got away’.

Carrick is one of the most decorated English footballers of all-time following a trophy-laden 12-year career at Old Trafford, winning five league titles and the Champions League amongst his wealth of major honours after arriving from Tottenham in 2006.

Carrick’s glittering career arguably reached its peak during a dominant period under Sir Alex Ferguson between 2007 and 2009, the Red Devils winning three consecutive league titles and reaching the final of the Champions League in successive seasons.

After being crowned champions of Europe by beating Chelsea in the first-ever all-English final in 2008, Manchester United‘s bid to become the first side to defend the Champions League ended after they were beaten by Pep Guardiola’s Barcelona in Rome the following year.

Having spoken at length about the 2008 final victory in Moscow, Carrick told the official Man Utd website of his regret at not being able to follow it up with back-to-back European crowns.

“Being us, we celebrated that night, flew back the next day and that was it, onto the next challenge,” he said.

“We won the league again the next year, won the Club World Cup, won the League Cup, almost won the Champions League again.

“We should have beaten Barcelona in Rome – that’s the one that got away, for me – but that doesn’t change what a special group of players that we had. We were absolutely relentless.”