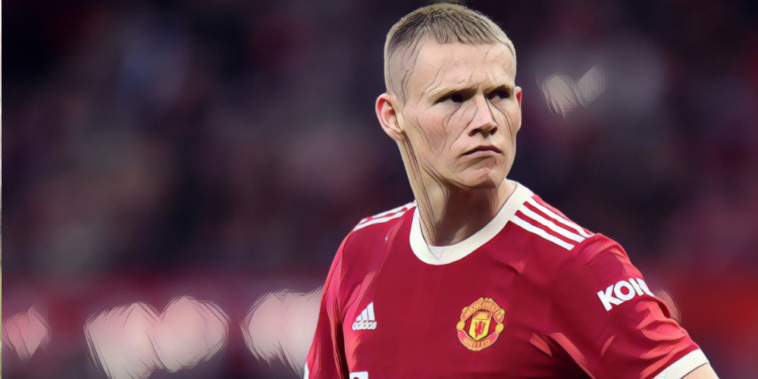 Scott McTominay says his first impressions of Ralf Rangnick are ‘very, very good’ as the German begins his reign as interim manager at Manchester United.

Rangnick has been named as interim manager until the end of the season, with the former RB Leipzig coach set to oversee the side on a six-month period before stepping into an advisory role at Old Trafford.

The 63-year-old began his tenure with a 1-0 win over Crystal Palace last weekend, before seeing his rotated side held to a 1-1 draw with Young Boys during a midweek Champions League dead-rubber.

The fixture with Palace saw early signs of the famed pressing intensity Rangnick seeks from his sides, with United winning possession in the final third 12 times against the Eagles – the most the club have done so in a Premier League game since Sir Alex Ferguson retired.

McTominay has opened up on his first impressions of the German and says Rangnick is ‘driven’ and ‘very clear’ in his demands from the squad.

“He’s very firm, very driven and knows what he wants. In meetings he is very clear, that’s the way it is in football. To get your point across, you have to be clear and you have to be forceful.

“If players are not doing what you are asking, then he is not shy to tell you as well.

“We had a good result against Crystal Palace and hopefully now we can move forward now and keep winning football games.”

McTominay also discussed his midfield partnership with Fred, with the duo having often found themselves at the centre of criticism during Ole Gunnar Solskajer’s reign.

The Scotland international says he remains ‘thick-skinned’ to outside criticism, however, and says he will continue to work hard and improve as a new era begins under Rangnick.

“Sometimes games are difficult. We have had difficult moments this season as a squad, and us both as individuals, that’s part and parcel of the game,” McTominay added.

“I have got nothing else to say other than I give absolutely everything, I am trying my best to improve, to learn. A new coach has come in and I am doing everything that I can possibly do.

“You just have got to get on with it and be thick-skinned. People can say what they want but ultimately it’s me that’s in my own head, and I know what I am doing behind closed doors is the best thing.”