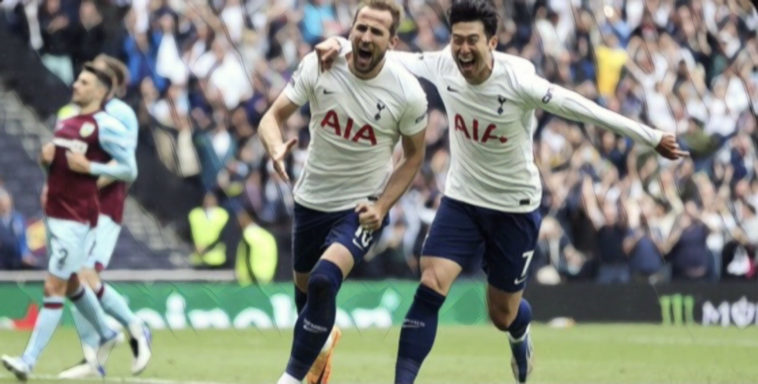 Spurs have leapfrogged Arsenal into that coveted fourth place after earning a hard-fought 1-0 over Burnley at the Tottenham Hotspur stadium today.

Antonio Conte’s side came into the game on the back of their brilliant 3-0 North London Derby victory, and after a pretty uneventful opening period they would be handed the chance to take the lead from the penalty spot on the stroke of half-time. Burnley striker Ashley Barnes was very harshly adjudged to have handled in the area and Spurs talisman Harry Kane duly stepped up to rifle his penalty into the bottom corner.

Many would have thought Spurs would have pressed home their advantage in the second-half, but Barnes hammered a long-range effort off the post and a couple of top drawer saves from Nick Pope kept the relegation threatened Clarets in the game.

Spurs fans have become accustomed to heartbreak over the years and although the tension became palpable within the stadium during the closing stages Conte’s side held on to secure a crucial three points.

23 – Including shoot-outs, Harry Kane has converted each of his last 23 penalty attempts in all competitions for Spurs since having an attempt saved against Liverpool in February 2018 (Loris Karius). Mastered. pic.twitter.com/3dNWVauhiE

Today’s win sees Spurs move one point ahead of bitter rivals Arsenal, although the Gunners have played a game less and face a trip to Newcastle tomorrow evening. Spurs then face a trip to relegated Norwich on the final match day of the season next weekend, while Arsenal will entertain Everton at the Emirates.

Speaking afterwards match winner Kane was delighted to get the win against a committed Burnley outfit.

“It was a tough battle, but it’s what we expected. We knew they’d make it difficult. Getting a goal just before half-time was vital for us. The last five or ten minutes is always a bit nervy when you’re only 1-0 up,” Kane told BBC’s MOTD.

“Full credit to the boys, the manager and the staff. It’s never easy coming in mid-season and trying to turn things around. We’ve given ourselves a chance [of a top-four finish]. We just need to keep working hard.

“We missed the fans during the pandemic. It’s so good to see them back and enjoying their football. The noise is great. We’re working hard for the fans and hopefully we can have one last push next week.”