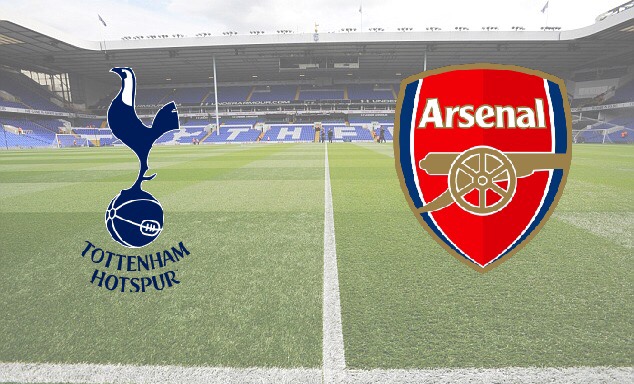 It’s another cracking game in this eventful month of derbies as Tottenham Hotspur host Arsenal at The White Hart Lane in what promises to be an entertaining 184th North London Derby.

It’s been a good season for Tottenham as they expect to finish above Arsenal for the first time in 21 years since Arsene Wenger took over.

Tottenham are four points off the League leaders Chelsea and have to win this game to build pressure on the Blues who travel to Goodison Park to face Everton.

Tottenham have progressed considerably this season and are expected to have an upper hand going into the game.

The Gunners however, after a disastrous couple of months have finally won three games in a row for the first time since January. Arsenal have looked positive since the change in formation and have to keep the momentum going.

If Arsenal have to have any chance of making top 4 this season, they simply can’t afford dropping points at White Hart Lane. However, it will be very difficult for Arsenal as Tottenham have won 47 points playing at home this season, the highest in the League.

Arsenal are high on confidence coming into this having defeated Manchester City in the FA Cup semi-final and ending their hopes of any silverware this season. They would love to do the same to Tottenham.

Danny Rose returns for Tottenham and is training but will not start. Erik Lamela, Harry Winks are all out and might miss the remainder of the season.

Shkodran Mustafi has not quite recovered from injury and will sit this one out. Laurent Koscielny picked up an ankle injury against Leicester and whether he starts or not is also a major concern for Arsenal. But Lucas Perez and Alex Oxlade Chamberlain are back in training for Arsenal.

Spurs are favourites to continue their good form, and are actually odds on to win at 17/20. Arsenal are 3/1 whilst the draw is also priced the same.

Harry Kane is price boosted to 5/1 to score a brace, whilst Alexis Sanchez is 11/2 to do the same. Dele Alli is 11/8 to score anytime.

If you fancy a short odds bet, Both teams to score is priced at 4/9.

Arsenal might not be in the greatest of form but I still expect them to end Tottenham’s great winning run. It is the North London Derby, you can always expect the unexpected and it will surely not be over until the last minute. I go for a 2-1 win for Arsenal.