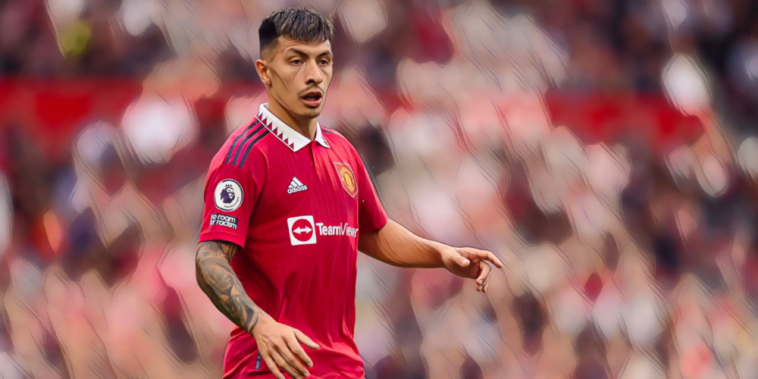 Lisandro Martinez has opened up on his adaptation to the Premier League and insists he paid no ‘attention’ to criticism earlier in the campaign.

Martinez signed for Manchester United from Ajax during the summer and was subject of early criticism following the club’s difficult start to the season, as the Red Devils opened the campaign with back-to-back defeats to Brighton and Brentford.

The manner of those losses saw Martinez questioned, with critics pointing to his lack of height as a potential problem in adapting to the Premier League. Jamie Carragher was among the leading sceptics, with the Sky Sports pundit questioning whether Martinez was suited to playing centre-back in English football.

The Argentina international has since bounced back during an encouraging upturn in form for United, forming an impressive partnership with Raphael Varane as Erik ten Hag’s team have won five of their past six games in all competitions.

Speaking on international duty with the national side, Martinez admits he paid little attention to the criticism he received earlier in the season.

“To be honest, it’s a dream come true to be playing at such a big club as Manchester United, especially playing in the Premier League, which I think is one of the best leagues in the world,” he told TyC Sports.

“It’s nice to catch the rhythm of the Premier League, so I’m very happy.

“I don’t pay attention [to criticism]. I believe in myself, I trust myself. I always work hard every day. That’s what’s going to give you results at the end.”