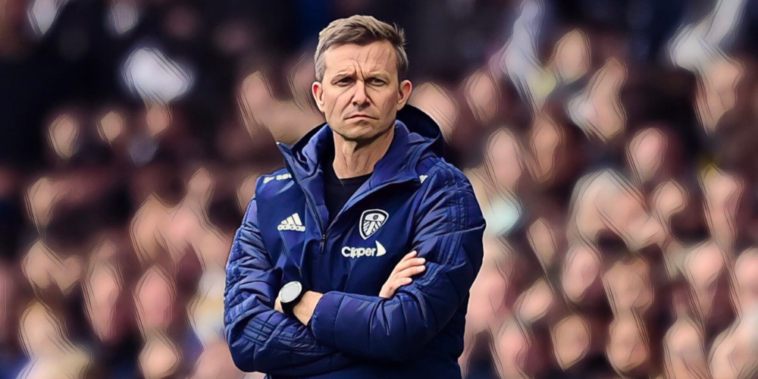 Jesse Marsch says he is ‘excited’ for the challenge of keeping Leeds in the Premier League ahead of the club’s final fixture of the season.

Leeds are in the bottom three ahead of the Premier League’s final weekend, level on points with Burnley but with a vastly inferior goal difference.

Marsch’s side need to better Burnley’s result against Newcastle, with Leeds travelling to face an in-form Brentford side on Sunday.

Everton’s win on Thursday night secured their survival, meaning it will be either Leeds or Burnley who join Watford and Norwich in the Championship next season.

Marsch has opened up on his side’s bid to escape relegation and has outlined what he wants from Leeds this weekend.

“We watched the matches last night. Lots of emotions watching it. We can learn a lot from how the other players can handle the pressure differently,” he told his pre-match press conference.

“Going into the match we want to be aggressive, we know we want to win and if we win we give ourselves the best chance.

“I’ve been in these situations before, if it’s the last day you need to know a bit of what’s going on in the other matches.

“We will have communication with the team at half-time but the focus is to have a good start to bring ourselves into the match and get an early lead.

“And that can put pressure on Burnley.

Leeds United train ahead of their final Premier League game of the season. 💪 pic.twitter.com/G67alirDaN

“Our job is clear. We are going to have to dig deep again to strive and thrive and get through this.”

Marsh said he was ‘excited’ for the challenge of keeping Leeds in the Premier League and insists he has ‘confidence’ that the group can escape trouble.

“We’re excited for this challenge,” he continued.

“We know we have to be at our best. I never came here to think it would be easy. I knew we’d have to fight for everything. I’ll make sure we’ll do this on Sunday.

“It would be easier if we knew we were locked in the Premier League but it is easier there is one match to focus on. Makes it clear for us. A win gives us the best opportunity.

“I try to represent by how I carry myself with how I want our team to behave and handle moments. On days like today, after losses, as a manager you have to be at your best. Come Sunday I want to be at my best to give us the best chance to win.

“I slept well last night because I still have confidence in our group. Better when we control our fate, but that’s not the case. Better to do whatever we can to get the points.”