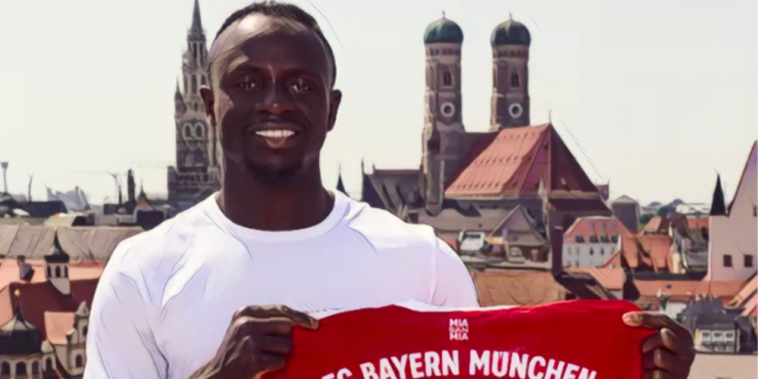 Sadio Mane insists it was the ‘right time’ to leave Liverpool in search of a new challenge after completing his transfer to Bayern Munich.

Bayern have confirmed the signing of the Senegal international on a three-year contract, having agreed a deal worth up to £35m with the Reds.

Mane departs after six successful seasons at Anfield, in which he won a clean sweep of major honours – including both the Champions League and Premier League – and scored 120 goals across all competitions.

The 30-year-old was allowed to depart after expressing a desire to leave, having also entered the final season of his contract at Liverpool.

Mane – who was named in the Premier League’s Team of the Season for a fourth time in 2021/22 – admits now was the ‘right time’ to take on a new challenge and insists he is relishing the chance to win major silverware at Bayern.

“We spoke a lot and I felt big interest from this great club right from the beginning, so for me there were no doubts. It’s the right time for this challenge. I want to achieve a lot with this club, in Europe too. During my time in Salzburg I watched a lot of Bayern games – I really like this club!”

Bayern’s sporting director, Hasan Salihamidžić, expressed his delight at the signing of a ‘top international star’ after completing the move for Mane.

“In Sadio Mané a top international star is coming to FC Bayern, who has left his mark on world football. We’re proud to have brought him to Munich. Sadio made it clear from the first minute in our talks that he now only wanted to play for FC Bayern.

“The fact that he’s joining FC Bayern shows that our club and he have big aims. Sadio Mané fits perfectly with the football that FC Bayern play under Julian Nagelsmann.”