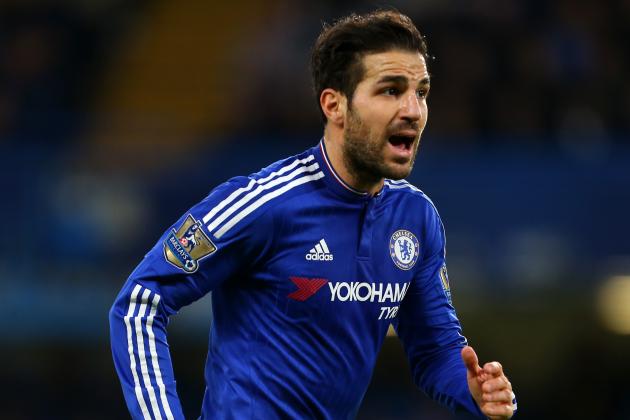 Manchester United will make a move for Chelsea midfielder Cesc Fabregas this summer.

That is according to the Daily Mirror, who claim that the Spaniard could be on his way to Old Trafford, should any potential midfield overhaul at Chelsea deem him surplus to requirements.

New Chelsea boss has so far targetted FIVE midfielders that he wants to sign this summer. Their attempts to sign Roma’s Radja Nainggolan have so far been fruitless, with the Italians refusing to sell the Belgian. They are also keen on signing Leicester City’s N’Golo Kante, who could be available for as little as £20million, although that figure is likely to be higher. They are also interested in challenging Arsenal for the signature of Barcelona midfielder Arda Turan, meanwhile have also been linked with Portugal midfielder duo Joao Mario and Andre Gomes.

If Chelsea can pull off some of these signings, then that could leave Fàbregas being pushed out of favour, and Manchester United would be ready to swoop, as they look to overhaul their own midfield.

However, here at Football Faithful, we have our doubts that there are any legs in this story.

Fabregas was thought to be one of the key figures, alongside Eden Hazard and Diego Costa, to have undermined Jose Mourinho last season.