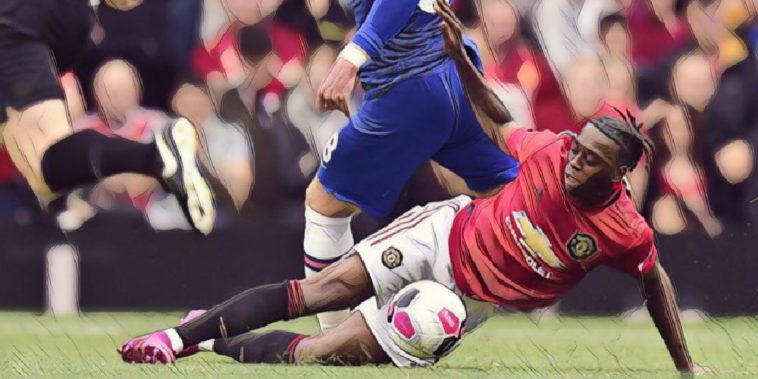 Manchester United new boy, Aaron ‘The Spider’ Wan-Bissaka has revealed exactly why he loves tackling, as well as discussing his adaptation to life at Old Trafford.

The 21-year-old made the £50 million move to Manchester United earlier this summer, and has instantly been installed as the clubs first-choice right-back, where he has seemingly settled in very quickly to his new surroundings.

While many big-money signings have crumbled under the weight of expectation at Old Trafford, the former Crystal Palace man admitted that he hasn’t felt any nerves at all, adding that getting his tackles in gives him ‘a lot of confidence’.

“I just like to play my game, play without fear, do what I’m capable of doing,” he told the official Manchester United app.

“Was I nervous before my debut? Nah. Me, I block it out. I know what nerves can do. Nerves keep you quiet. I’m just waiting for the game. I’m in the changing room, just waiting, thinking: ‘Can this game hurry up and start?’

“Then I like to get the tackles in because I get a lot of confidence from the tackles. The fans help as well, cheering them, so, after that. I want to get to the next one, then the next one. That helps.”

Nicknamed ‘The Spider’ due to his long-reaching legs, Wan-Bissaka has already racked up more tackles than any other player in the entire Premier League (15), including nine against Wolves on Monday night, and the United number 29 has revealed just why he loves the good old fashioned slide tackle.

“I love tackles man, I want to come out with the most tackles from each game,” he added.

“I’m not really happy when I come out of a game without many tackles. At the same time, when I look back at it, it doesn’t mean anything negative necessarily – it might mean that the winger’s not confident to keep on coming at me, for me to have the chance to tackle him.

“Wingers hate it. When I was a winger, I hated being tackled! When I attempted to beat a player and he slide tackled me, I’d just think: ‘I don’t want to go down there again,’ and change the route, change my play, you know?”

The full-back will be tasked with stopping his friend and former teammate Wilfried Zaha when Crystal Palace visit Old Trafford on Saturday afternoon.