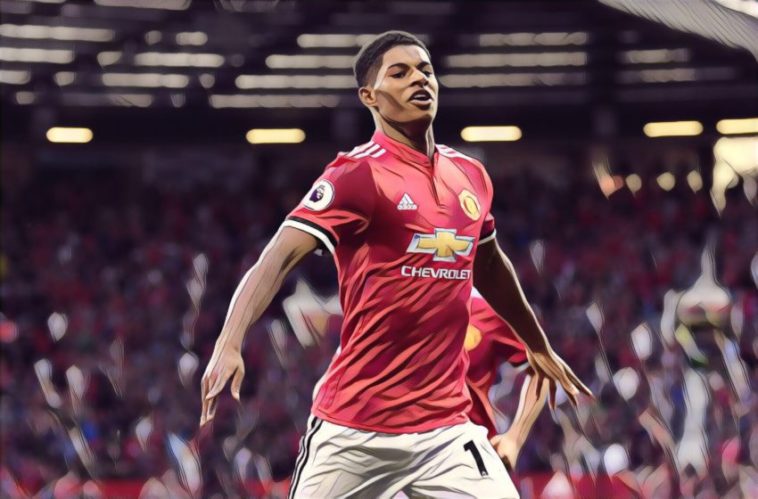 It was a tense affair at times as Manchester United ran out 2-1 winners against their bitter rivals Liverpool at Old Trafford this afternoon. There were thrills and spills at both ends of the pitch, but how did we rate the players?Manchester United

Had a few dodgy moments in the first half, nothing major but there seemed to be a few communication issues. Couldn’t do anything about Bailly’s own goal.

Standard Valencia performance. Pretty solid at the back. Ok going forward, held on the ball too long sometimes when Lukaku seemed to be on his bike but generally had a good game.

Credit where it’s due. Had to stay switched on as Liverpool looked to get back in the game but he did what he had to do well.

United fans will have been delighted to see the big centre-back back in the starting line-up. Hard in the tackle and committed as always, channeled his inner-Zidane with a nice little turn in the first half before channeling his inner-Phil Jones by losing it two seconds later and later scoring a suberb own goal and injuring himself in the process.

Kept Salah relatively quiet which is impressive by anyone’s standards. Got forward when he could but looked very solid at the back.

Was a fine foil for Matic. Did a simple, no frills job that will have delighted his manager.

A classic Matic performance, never looked in trouble, provided good cover for his back four and released his front four quickly.

Worked hard going forward and tracked back too, could have killed the game in the first half, making a mess of his scissor-kick when he had time to take it down.

Full of running, really seemed to be playing to prove a point and pin down a starting berth in this side. Took both of goals brilliantly and was a thorn in Liverpool’s side all afternoon.

Had Lovren on toast throughout and was instrumental in both of Rashford’s first half goals. Did everything Mourinho would have wanted of him.

Struggled to make a real impact. Seems like he’s trying too hard at the minute and doesn’t quite fit just yet.

Did well when he came on, had a bit of a battle, and made an important challenge in his own box to stop Mane from equalising.

Couldn’t do much about the goals but didn’t do much in a positive sense either until he stopped a United break in injury time.

Normally such a bright player for Liverpool, he was turned inside out by Rashford for the opener and his deflection helped the second on its way. That may have knocked his confidence a little as he wasn’t his usual positive self.

One to forget, Lukaku tore him to pieces.

Felt like he was Liverpool’s best attacking player. Had a few headed chances but had his hands full in his own box.

Probably Liverpool’s best player. Put in the kind of shift we’ve grown to expect and his deliveries from dead balls were a constant threat.

Struggled to gain control in the middle of the park, looked out of position whenever United broke.

Had a tough afternoon, was roughed up by Young and Smalling and was unlucky not to draw yellows which might have made things a little easier.

Was living off scraps. Even as Liverpool enjoyed more possession in the second half, he struggled make his usual impact.

Prodded and probed and fought to find a way in to the game and was delighted to see his cross turned in to the net by Bailly to get Liverpool back in to the game.

Liverpool fans will be happy to see the England man back in the side. Looked better that the Ox who he replaced for the final 30 mins.