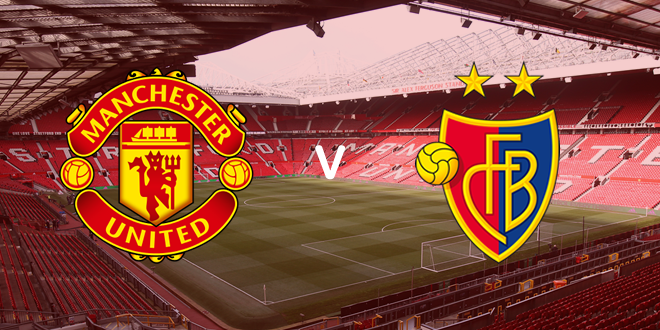 FC Basel are a dominant force in Switzerland, they have won eight consecutive top flight titles, meaning they have now won the league 20 times – the same as their opponents United. Head Coach Raphael Wicky had a fine track record as a player, but this year is his first season in first team management. Wicky has been in the Basel setup since 2013 but prior to this season has only coached them at under-18 and under-21 level. Domestically, Basel have been slightly off the pace early on this season, they slumped to a 2-1 home defeat to Lausanne at the weekend, they come to Old Trafford as firm underdogs.

United manager Jose Mourinho confirmed he is unsure whether Marouane Fellaini will be fit. The Belgian midfielder picked up a calf injury on international duty last week, which made him miss the draw at Stoke on Saturday.

Three players who will certainly miss out are Eric Bailly, Phil Jones and Daley Blind, the trio are all suspended. Long-term absentees Luke Shaw and Ashley Young are nearing returns, but Marcos Rojo and Zlatan Ibrahimovic remain side-lined through serious knee injuries.

Mourinho confirmed that de Gea will continue in goal, and that Chris Smalling and Victor Lindelof would play in central defence amidst of Bailly and Jones. Antonio Valencia and Matteo Darmian look set to continue in the full-back slots with United’s defensive options thin.

FC Basel have injury worries of their own. Swedish midfielder Alexander Fransson will miss out through injury, while the talented Mohamed Elyounoussi and forward Dimitri Oberlin are doubtful. Notable names for Basel include Ricky van Wolfswinkel, who spent a year in the Premier League with Norwich City in 2013/14. Taulant Xhaka, brother of Granit, is also expected to play.

FC Basel have proved a tough nut to crack for United in the past. In four Champions League group stage meetings, United and Basel have both won once against each other along with two draws. In December 2011, United crashed out at the group stage following a 2-1 defeat against Basel at St-Jakob Park.

Mourinho’s last two meeting against Basel have also ended in defeat. His Chelsea side went down 2-1 to Basel at Stamford Bridge in September 2013, and lost 1-0 in the return fixture two months later.

United to get back to winning ways after their first dropped points of the season on Saturday, I expect a comfortable 3-0 win for the Red Devils.