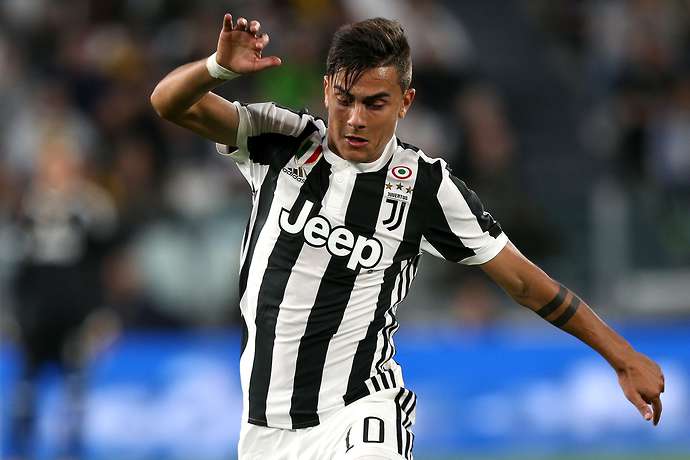 Manchester United are being linked with a £155million move for Juventus striker Paulo Dybala.

The Argentine striker has already bagged 12 goals in just eight games this season, taking his tally to 54 in just 102 appearances for the Bianconeri, and is now being linked with a move away.

The 23-year-old was linked with a move to Barcelona this summer as a potential replacement for Neymar, but Juventus general manager Giuseppe Marotta has admitted that the player will be allowed to leave should he fancy a new challenge.

“The player is the one that decides his fate, and if he wants to leave, it’ll be impossible to keep him.”

Manchester United midfielder Paul Pogba has also praised the striker having played with him during their time at Juventus:

“I call Dybala ‘Square R2’. That’s the combination you press on PlayStation to do a turn and shot. He always scores like that.

“Has he surprised me? No, because I always said he was a phenomenon. To do what he has done, playing for Juve, is something phenomenal.”

Should United make a £155m move for Dybala, it would smash the current club and Premier League transfer record, a record that was set when United signed Pogba just over twelve months ago for a then world record £89m. However £155m would now only see Dybala as the third most expensive transfer of all time, behind £198m Neymar, and £166m Kylian Mbappe, both who moved to PSG this summer.