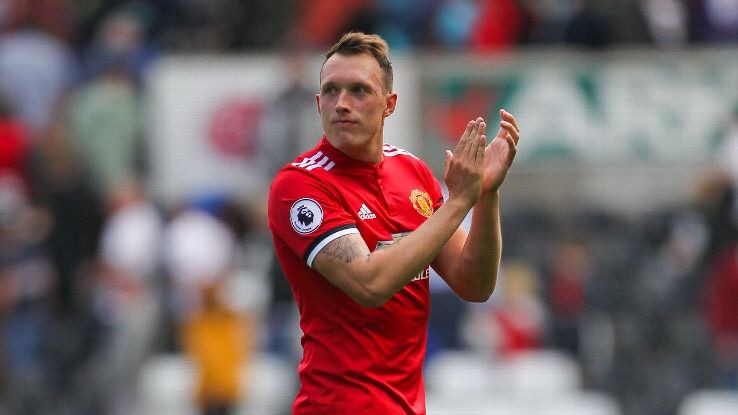 Manchester United defender Phil Jones is set to be handed a bumper new contract after a series of impressive displays for Jose Mourinho.

The defender moved to Old Trafford from Blackburn Rovers back in 2011 for a fee of around £16.5m after impressing Sir Alex Ferguson in Rovers’ game against United. Despite spending six years at the club, the 25-year-old has only made 176 appearances for United after being plagued by a number of injuries.

However, Jose Mourinho seems to have got Jones back to a prolonged period of fitness, and has made the England international one of his mainstays at the back.

He is now preparing to offer the defender a bumper new contract to put him on similar terms to some of the best defenders in the league.

According to the Mirror, United will offer Jones a new contract worth around £150,000-a-week, on par with the likes of Vincent Kompany and David Luiz at Man City and Chelsea respectively.

Jones was involved in the Manchester United defence on Saturday that kept their seventh clean sheet in eight Premier League fixtures, as United held Liverpool to a goalless draw at Anfield.

Back in 2013, Sir Alex Ferguson heaped the praise on Jones:

“Jones, arguably the way he is looking, could be our best ever player. I think Jones may be one of the best players we have ever had, no matter where we play him.

“At 21 years of age, he is going to be a phenomenal player. I think he can play anywhere on the pitch.”