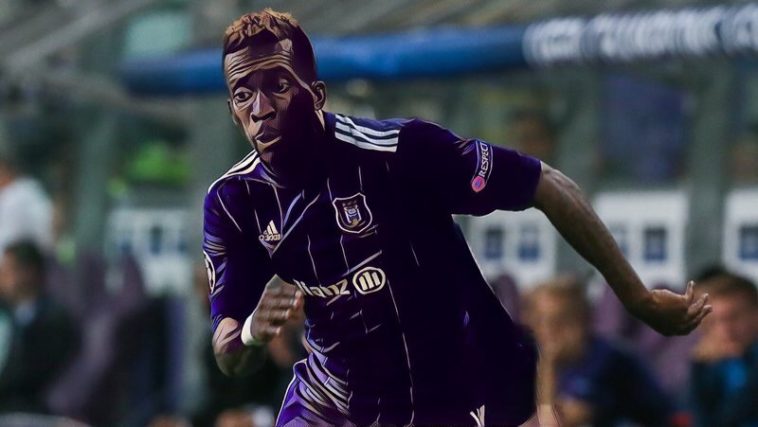 Manchester United and Barcelona are scouting on loan Everton striker Henry Onyekuru according to reports.

The striker joined the Toffees last summer from Belgian side KAS Eupen, but were forced to instantly send him back out on loan to Anderlecht after he didn’t qualify for a work permit.

The Nigerian scored 22 goals in 41 appearances for Eupen last season, and has continued his his goalscoring form at Anderlecht, scoring an impressive seven in 14 games for the Belgian champions.

According to reports in Belgium, his goalscoring form has attracted the attention of some of European biggest clubs.

There have been reports that Everton could recall him from his loan spell in an attempt to try to solve their goalscoring crisis, while other reports have suggested the Blues could cash in to make an instant profit.

HLN claim that Manchester United and Barcelona sent scouts to watch Onyekuru in Anderlecht’s 2-1 victory over Excel Mouscron, a game in which the striker scored the winning goal. They are not the only clubs interested in the striker, with fellow Premier League clubs Southampton and Stoke, and Dutch duo Ajax and PSV Eindhoven also claimed to be interested.