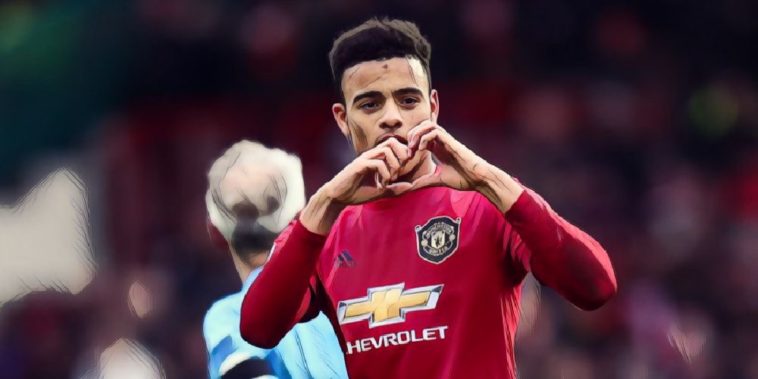 Greenwood has enjoyed a hugely promising debut season since being handed his first-team opportunity, scoring 13 goals in all competitions including netting his sixth Premier League goal of the campaign against Brighton in mid-week.

The 18-year-old’s natural finishing ability has caused great excitement amongst Manchester United supporters this term, and Solskjaer believes there is no limit on the youngster’s potential as he bids to become a key figure at Old Trafford in the coming seasons.

“He could still play in this seasons FA Youth Cup team, so he is a young boy who we have to look after,” Solskjaer said at his pre-match press conference ahead of United’s clash with Bournemouth. “But he’s performing from the bench or when he starts.

“Mason has developed fantastically well and the sky is the limit, it’s up for him. He knows what he should do, can do and must do to keep on playing.

“He’s a centre forward by trade, but he likes to drift wide, he likes to face forward, and that’s a different role to being the foil through the middle. You can see some centre forwards who like to play with their back to goal, get hold of the ball, link it, which Mason is improving on.

“His body is filling out and he can play that position, but I think we can see him, like we have done with Marcus and Anthony as well, they are all good centre-forwards, good footballers, good goalscorers and with good movement. They aren’t stuck between the posts.

“He is way ahead of where I was at 18 or 19. He has a knack of scoring goals. It is natural for him. He is a brilliant boy to work with, who keeps learning and making better decisions.”