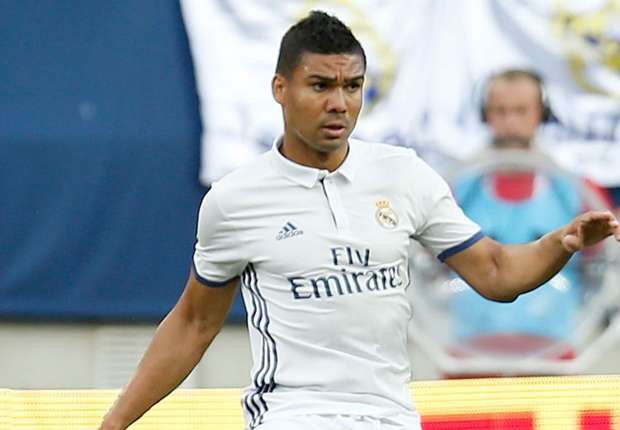 Manchester United are ready to make Real Madrid midfielder Casemiro one of their top earners according to reports in Spain.

The Brazilian has become an integral part of Zinedine Zidane’s midfield, helping the club to three Champions League titles and one La Liga title since moving to Madrid in 2013, initially on a season long loan.

However, according to Spanish publication Don Balon, the 25-year-old’s dominating performances have attracted the attentions of Manchester United manager Jose Mourinho.

They claim that the Portuguese manager is ready to make the Brazilian one of the top earners at the club in order to try and lure him away from the Bernabeu.

The reports says that United are prepared to offer Casemiro the same wages as Paul Pogba. The £89m man currently earns around £290,000-a-week at Old Trafford.

However, the midfielder is believed to be happy at Real Madrid and is not looking to move. He has already turned down a move to Paris Saint-Germain after Neymar recommended his fellow countryman to the  free spending French club.